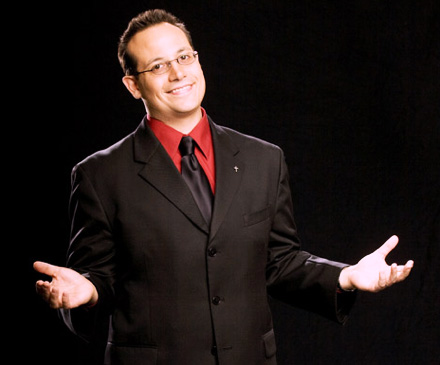 LordsofPain.net writer Michael Bluth reports that WWE.com personality Joey Styles, known worldwide as the Voice of ECW, joined the VOC Nation Radio Network to discuss Wrestlemania, Ric Flair, the state of the industry, and much more.

The VOC Wrestling Nation is the flagship program of the VOC Nation Radio Network, and can be heard every Wednesday from 5PM – 7PM ET WORLDWIDE at VOCNation.com.

Here are some highlights of what Joey had on his mind:

On the current state of wrestling commentary: “If I was able to (feed lines to the announcers), do you think that the announcing would sound like it does? (When I quit Raw) that was absolutely straight shooting at its finest. That was exactly how I felt.”

On Paul Heyman going into the Hall of Fame: “I don’t think (it will happen this year at Madison Square Gardern). Because Paul is now an active performer on the WWE roster,managing the top heel in the company, it would be hard to separate the person that he is from the character he plays onTV. I can’t think of a person who deserves it more. He has one hell of a hall of fame resume.”

On Ric Flair’s recent WWETVappearances: “I think Ric is a little toned down. He is at least 60 years old. He doesn’t like to follow scripts either. When I interviewed Ric on WWE.com a few weeks ago, it was the most low key, relaxed, Ric Flair that I’ve ever seen. Maybe he’s slowing down and just starting to enjoy himself a little.”

On the Honkytonk Man’s accusations that Flair sold the Rolex that Shawn Michaels gave him: “Did you see on Monday Night Raw that Ric made sure to point out the watch (that Michaels gave him)?”

On whether or not Flair will wrestle again in WWE: “Oh God no. They can get around the storyline retirement by calling it an “unsanctioned street fight” similar to what Hogan did, but I certainly don’t want to see Ric in the ring with guys who are a third of his age. I don’t want to see him get hurt.”

On part-time talent headlining Wrestlemania: “You can make an argument for or against anything; it may take the spotlight off of some younger people, but you can also argue that the overall spotlight may not be as bright without The Rock or Brock Lesnar. You cannot overstate the effect that the Rock has on the audience watching WWE. Since the Rock has been on the show, the traffic on WWE.com is up, and the rating shave averaged over 3.0 both weeks. He brings a whole other audience in that may not normally watch WWE, and helps put more of a spotlight on everybody. It’s not like he left on bad terms, he left to become one of the biggest stars in the world.”

On his role in the WWE: “I am part of a team at WWE.com; I don’t run WWE.com. A lot of people think that I’m in charge there and I’m not.”

On the WWE embracing social media: “Whatever new technology or technique is developed for connecting with your fans, we jump into it. It’s very interesting and makes things busy for all of us.”