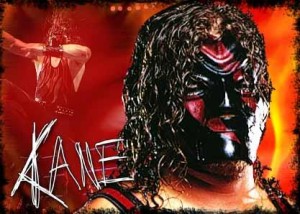 David Dexter reports that The Times of India recently did an interview with Kane while he was in the country for a WWE promotional tour. Here are some highlights from the interview:

On his character in real-life: “Kane is everything I’m not. But also, I think that what has always drawn people to Kane is that he has an emotional depth. The presentation is awesome, he’s a great character. All the things he says, people always see that there’s something behind that and that’s what they relate to. I’m pretty much the opposite. I’m not Kane for sure.”

On the longevity of his wrestling career: “What we do is athletic, basically. There were the days when the guys were huge and bulky and with bellies, but now we have to be in good shape. We have to have pretty good endurance. I’ve been pretty fortunate as far injuries are concerned. I’ve had minor injuries… Torn a bicep, broken a hand… It’s the worst for some people who get the nagging injuries, but I’ve taken good care of myself.”

On being in India for WWE: “I’ve been to India before. This isn’t my first time and I love everything about this place… The culture, the food, everything is absolutely great. The people are vibrant and the culture is so colourful. Unfortunately, my schedule is pretty tight this time, but I’ve been fortunate to have the chance to see the Taj Mahal five years ago. We don’t really get the chance to see such great places when we travel. I love spicy Indian food, not the bland version. I can take it. Seriously, I eat everything. I follow a diet, basically protein high and carbs really low. Sometimes I cheat, but as long as you’re getting what you need…”