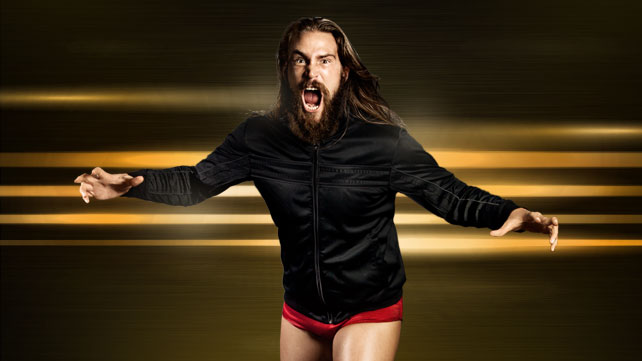 Former WWE NXT star Kassius Ohno, previously and currently known as Chris Hero, posted the following on his Facebook about his release from the company:

“Maybe you’ve heard. Maybe you’ve not heard. Last Friday my contract with WWE was terminated. Man… Terminated sounds so harsh, right? To me, it conjures up images of post-apocalyptic wars with robots, machine guns and atomic bombs. No thank you. Merriam-Webster defines terminate as ‘to come to an end in time.’ Okay.. That’s a little less dramatic. I can handle that. For the last 21 months, I’ve lived in Florida as a part of WWE’s Developmental System. That time has now come to an end.

There are a lot of ways I can look at this and, honestly, it won’t serve me at all to be anything BUT positive and optimistic. I could sulk. I could point fingers. I could feel sorry for myself. Or, I could channel all my energy into getting back out there, kicking some ass and taking things to the next level. Once upon a time, a close friend of mine named Claudio Castagnoli was released from WWE. Another good friend, Colt Cabana, got his walking papers. The ‘Best in the World’ Bryan Danielson had his contract ‘terminated’. TWICE. These three guys are all CRAZY talented and, on all accounts, are doing rather well for themselves right now, eh? I’m leaving WWE on good terms so, if it’s meant to be, I’m sure I will be back. If it’s not meant to be, I can guarantee you that I will still be trotting all over the globe doing what I love (and what I’m damn good at) at the highest level possible.

How will my career unfold? There’s no telling at this moment and that can be scary. I can assure you, though, that I am genuinely excited to take things into my hands and get back out there. There are sights I’ve not seen in the last two years, friends I’ve not spent time with and fans I’ve not performed in front of. How long has it been since a #HipHopThursday? There are people I’m dying to work with! I have ideas that are practically begging to surface; I say let’s get to it!

The response I’ve gotten from all of this hullabaloo has literally overwhelmed me. So much so that I’m just now getting back to some people two, three days after they had reached out. It’s important to me that I let you all know how much this has meant to me. Whether it was a tweet, an e-mail, facebook message, text, call or voicemail, your support means the world to me. It would have been incredibly easy to go to a dark place and succumb to negative thoughts and energy. Your love has kept my spirits high and, again I reiterate, I am absolutely thrilled to get back in the mix.

…I do have a favor I’d like to ask of you. When things happen that we don’t like, it’s our instinct look for answers. We get sad. We get mad. In this situation, there’s nothing to be sad about! And rather than being angry about what has happened, I want you all to be happy about what’s going to happen! I’ll be back with a vengeance, I assure you. The best way to support me is with positive energy. Also, WWE and NXT loaded with talented guys and girls. There’s an overabundance of talent at that Performance Center that inspires ME, some of which you’ve not even seen yet. Those folks need your support just like I do so make sure your voices are heard.

To wrap this up, I’d like everyone to know that I loved my experience here. I’ve made so many great friends. I have memories that will last a lifetime. I’ve learned so much; not just about professional wrestling but I’ve discovered a lot about myself. I’ve gained a lot of new fans and I hope that you will all follow me on this new journey. If you wish to support me directly, there are a plethora of ways to do so: you can continue to follow and interact with me on Twitter and Facebook, you can come watch me do what I love to do LIVE and in livin’ color, you can pick up some brand new Chris Hero merchandise in person or online. Speaking of which, thechrishero.com will be sorted out soon with all new @ChrisHeroMerch *and* I am pleased to announce that I will have additional t-shirts available courtesy of @OneHourTees (http://www.prowrestlingtees.com/chrishero).

Whether it’s in Philly, Oberhausen Germany, Los Angeles, Austin Texas, London, Tokyo, Chicago or Toronto, you will see me and I will see YOU. Soon, my friends. Thank you for your support.