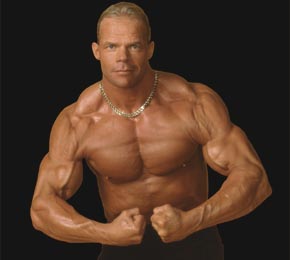 Lex Luger called into the Wrestle Reaction radio show last week and talked with hosts Frank Manzo and Joe Omega about a variety of topics. Below are the highlights, but be sure to listen to the entire interview by visiting WrestleReaction.net. Wrestle Reaction airs live every Tuesday night from 7-8 EST. Follow them on Twitter @Wrestle_React.

Lex Luger on the PG rating and how it affects the business:

“I think [WWE] draws from a broader audience with the PG versus the edgier style…a lot of parents have always told me, especially if they have younger kids, which of course, you have to keep them in mind for your branding, those ten and unders..the parents don’t like to have to watch the show with their hand on the channel changer the whole time…so, I like it to be a little more broadbased myself, personally, but I understand why it tends to always go towards the edgier storylines…”

“I don’t know what context that was in…it’s definitely an outrageous quote. I do think size was emphasized more in our era and fans got used to that, but I think there’s been a huge transition…I understand Kevin…he likes to stay controversial…he’s a very sharp guy, marketing-wise, and I know Kevin will make those statements, but I remember, back when I worked with Kevin, he put Rey Mysterio over in the middle of the ring…to me, the diversity now of high-flyers, big guys, little guys, in-between guys, guys that still have the muscled physiques with height, guys who don’t, different body types…getting away from that reputation of WWE being all drug-enhanced…I love what they’re doing now.”

On never winning the World Heavyweight Championship in WWF during his ’93-94 run:

“In spite of some of the rumors I’ve heard through the years, I was never promised a world title from Vince McMahon. Timing’s everything…and the company’s going through a huge transition from, I think, the economy at that time…there were circumstances going on where wrestling was down, we were in Europe a lot because house shows were down in the US…there’s a lot of economic factors going on as far as who would be champion and who wasn’t…Bret [Hart] was sort of thinking about retiring…there were a lot of things going on back then, and they gave me an incredible run with that Lex Express, the SummerSlam was a spectacular event…the buyrate from that pay per view was not what they wanted…I think they just decided to head in a different direction…”

On whether or not he actually named “The Kliq”:

“I don’t know if I can take sole credit for that…I would like to maybe give Davey Boy [Smith] the credit for that. Davey Boy and Owen Hart, I used to travel with them and they were much more clever and entertaining than I, so if there were any names put out there, I would really have to give them credit for that, not me. I just went along with it.”

On “The Narcissist” gimmick and what he thought about its potential:

“I had trouble grasping or getting my arms around what [Vince McMahon] wanted to do…once we did it and he took me out, introduced me at the WrestleMania as these girls at Cesars Palace carry out these huge mirrors, that was a lot of fun and I was definitely gaining some momentum. It was quite the shock when he came to me and said ‘I’m gonna dress you in red, white, and blue and have you come off a helicopter and slam Yokozuna and become a good guy, but once again, Vince McMahon does things that a lot of us would doubt. He’s very daring and he did it. But yeah…in retrospect, I would have a little more time as The Narcissist because that really was a lot of fun and I did think it was gaining some momentum.”

On leaving WWE and going to WCW:

“Money was definitely a factor but the contract I was offered at the time by WCW, for my career earnings, was not really a big inducement. Eric Bischoff was not a big fan of Lex Luger personally and really wanted me to prove myself a little bit…Eric took wonderful care of me after that…but at the time, it wasn’t really a large contract offer by some of the other standards in the industry. But in WWE at the time, my contract had run out…and this is unprecedented, some people don’t grasp this…but I had no contract. Vince and I went on just a handshake, a temporary agreement, for over five months…and I had talked with Sting, a few weeks before the initial Nitro show, and just out of casual conversation with Sting, I mentioned I wasn’t under contract with WWE…Sting was blown away by that, so he went to Eric Bischoff…and that’s how the whole thing started..”

Lex Luger talks about a lot more of his career, the product of today, his future plans and much more in this 40-minute interview. Check it out at WrestleReaction.net and be sure to tune in live every Tuesday night from 7-8 EST!