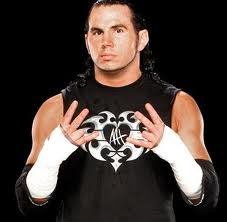 David Dexter reports that former WWE Tag Team champion and TNA star and current Ring of Honor and Crossfire Wrestling talent Matt Hardy joined Kayfabe Wrestling Radio recently. In a nearly 20 minute interview he talked about wrestling in Nashville, how he feels fans approach the product today is if that is regionally based, True Blood and other television and its effect on wrestling, if RAW going to three hours was a mistake, what the WWE should do to help build the fans interest, his appearance in Ring of Honor and the fan’s reaction to that appearance, his use of DDP Yoga and the success of it with wrestlers, the Omega Group success, his recent match with Crossfire Heavyweight Champion “King” Shane Williams, updates on MattHardyBrand.com and much more.

His experiences working the Nashville Fairgrounds, home of Crossfire’s first national TV Taping: “It’s a great building to work in, just because it’s such a classic wrestling venue. When I was there back in May, I wrestled MVP which could possibly have been our final match and the crowd was amazing. It couldn’t have been in a better atmosphere. The fans were enthusiastic and were really into what they were watching. And a big thing that I’m a fan of when wrestling in Nashville is when the people that come out as spectators, they’re not like people showing their over-education in the North East and trying to be critical and there to kind of entertain themselves; they’re (Nashville fans) are there to be entertained by the wrestling, play along and do what typical fans are supposed to do and that’s cheer for the good guy and boo the bad guy and be enthusiastic and loud and that is what I appreciate. That’s what all in-ring performers appreciate more than you can imagine.”

What he thinks of fans being overly critical of the wrestling product and if there’s a regional aspect to that: “They ruin the experience for themselves, in my opinion. I mean the thing is watching a wrestling match is like watching a really good TV show or watching a really good movie; when it’s all said and done you realize, ‘Hey, I’m watching this to be entertained.” It’s really going be as entertaining as you allow yourself to find it. You understand the parameters that go with professional wrestling; there’s the situation where guys fight one another, they do these larger-than-life moves, they’re almost like living breathing superheroes, they shoot guys into the ropes and guys come back. That’s the parameters professional wrestling is built around. So don’t over think that, just because you have a feeling of what the business is about because it’s so accessible because you can read online or there’s so much information out there to get. The thing is, just sit back and enjoy it like a fan. And even the people who are smarter, they realize this storyline happens because that is what draws you into a wrestling match; it’s not the moves, people can do moves all day long but if there’s not a good story in that match that someone can follow and that is really complex, the fans won’t get emotionally involved like they should. I mean my thing is, if I’m sitting back and watching True Blood, where it’s a show that had vampires, werewolves, shape shifters, and all these other things, when something out of the ordinary happens, we thing ‘Woah, these parameters are a little big with what we are working with here and there’s extraordinary stuff going on,’ so sit back and enjoy what’s going on and be entertained by it. A lot of times, fane feel like they are over educated and become overly critical of the product; they are just hurt themselves and not allowing themselves to be entertained. ”
RAW going to three hours and the problems with that: “In my opinion, and I know a lot of people said this, three hours is just too long. It was a really nod for the RAW 1000 episode. Past that, from what we’ve seen, three hours is just a little too long for them, especially considering how many first run shows they do a week, three hours is a long time to try and keep a viewer’s attention, especially in 2012.”

What he thinks the WWE can do to improve themselves and compete with other TV: “I don’t think it has to be tacky; I think it does need to be edgy in some ways. Once again, it’s just like, last night I watched the show (RAW) and this is one thing, to segway into Crossfire for a second; one thing I hope they do in promoting the TV style is using the qualities that southern wrestling is based on: a new, more edgy engineered product, that when you tell the fans one thing, you don’t go back on your word; you stay consistent with that. Last night, for instance, there was a storyline, who knows what it’ll develop into, where AJ was removed from being the General Manager of Raw because of some sort of controversial dinner date she has with John Cena, and Vickie Guerrero was placed in charge. She’s (Vickie) been been fraternizing with Dolph Ziggler the whole while she was the General Manager and she was also married to Edge. The thing is, wrestling fans aren’t dumb; they remember these things and I think when the fans see something like that, they go ‘Why would they do that? They didn’t do that before; they don’t think I don’t remember that? Do they think I’m stupid?’ I think you just need to keep a consistent thing. I think the days of letting the person that’s the General Manager of RAW be a heel, and cheat and do bad things, or have someone you just considered yourself or tagged to be a crazy chick, like AJ, as the General Manager who Vince put in charge. I don’t think you can do that anymore. I think if you want wrestling to be taken seriously, you have to promote it seriously and stay consistent and there has to be continuity throughout.”

His upcoming match at the Crossfire TV Taping with Paul Burchill and if they had faced off in the past: “Yeah, there was a match or two between he and myself, so I guess it’s a rematch but I don’t think anyone saw it; I think they happened overseas. Paul Burchill is a really talented guy; I don’t think he ever really got the opportunity he should have been given or possibly had the ability to actually earn. That never happened for him, so hopefully in Crossfire, it’s a different opportunity for him, but I hate to tell him, he’s in for an unfortunate twist of fate come November 3rd, cause he pulled the name of Matt Hardy out of the hat. I’m telling you right now, The Matt Hardy train right now, there’s no stopping it; it’s full steam ahead on my own terms.”

For more information on the Crossfire Wrestling National TV Taping on November 3rd in Nashville, go to www.crossfirellc.vze.com/ or (@CrossfireLLC) on Twitter for ticketing information, details on the event and list of talent involved. Matt will also be involved in the next set Extreme Rising shows on November 17 and December 29th. Go to www.extremereunion.net and (@extremereunion) on Twitter for venue information, ticketing and and a list or wrestlers attending. You can also follow Matt through his Twitter (@MattHardyBrand) or through his personal website www.matthardybrand.com.