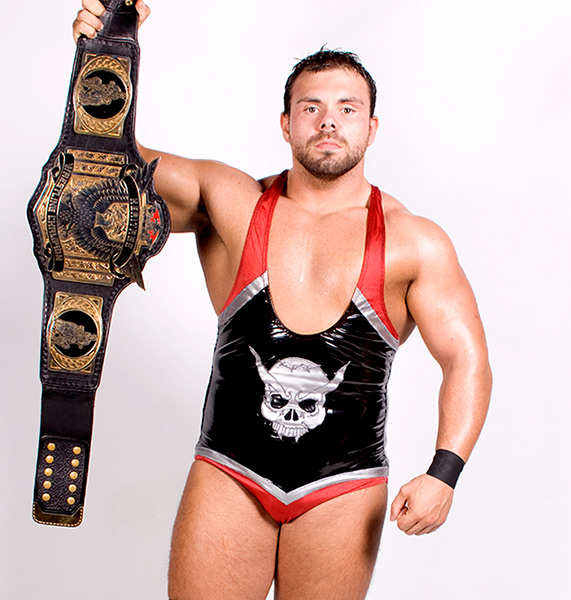 Ring of Honor’s Michael Elgin was the featured guest on this past week’s all-new edition of the award-winning Monday Night Mayhem, hosted by The Big Mosh and “The Chairman of the Board” Todd Vincent. Become part of The Mayhem Nation on Facebook (at www.Facebook.com/MondayNightMayhem & www.Facebook.com/FeelTheMayhem), and follow “Your Home of Wrestling Radio” on Twitter (at www.Twitter.com/FeelTheMayhem).

His thoughts on Paul London’s return to Ring of Honor, what it’s going to be like for the two of them to square off at “All-Star Extravaganza V” this Saturday night in Toronto, and why he needs to be prepared when the two collide: “Paul London is a true legend of Ring of Honor. I know he didn’t have the longest run when he was here, but the matches he put on were absolutely phenomenal. It is always good to be in the ring with someone like that who paved the way for such a good company. I know he is a tough opponent, and he is a top notch talent. Paul London could definitely be a roadblock if I’m not prepared for him.”

Why he believes the Ring Of Honor World Title Tournament (that he is a part of) is unpredictable, the quality of its overall talent, and why “everybody has a chance of winning the title”: “You know, I really feel that Ring of Honor has come up with 16 of the best wrestlers you will see anywhere. Everybody is going to be a hard opponent, and everybody has a chance at winning the title. So you have to look out every round. You never know who you have to wrestle. Everyone is so good in this tournament.”

What it means for him to truly “give back” this Friday, with Ring of Honor’s visit to Buffalo’s Women’s and Children’s Hospital: “You know, I absolutely love it. When I was a kid, all I could think about was pro wrestling. To be in the position where I could meet children, or adults, or whomever may be a wrestling fan is a great moment, because that is all I ever wanted. To be the person who gets to do that, words simply cannot really describe it. It is a great thing.”

Much more is contained in “Unbreakable” Michael Elgin’s exclusive Monday Night Mayhem interview, including his candid thoughts on why he wanted to earn the Ring of Honor World Title instead of just being awarded the belt after Jay Briscoe was stripped, what he has in store for Paul London this Saturday night at the Mattamy Athletic Centre in Toronto, getting the chance to work with Truth Martini and the  experience he gained while being part of the House of Truth, and what excites him the most about Ring of Honor’s future with the Sinclair Broadcast Group. Be sure to follow Monday Night Mayhem on Twitter (at www.Twitter.com/FeelTheMayhem) this weekend to see exclusive pictures of ROH’s Michael Elgin, Adam Cole, and Roderick Strong interacting with the kids at Buffalo’s Women’s and Children’s Hospital.