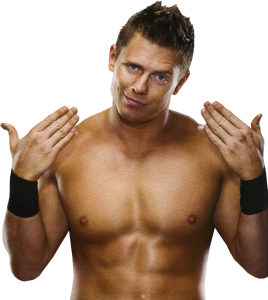 Here is a recent interview with Mike “The Miz” Mizanin published recently by Metro.co.uk:

Why did you want to become a wrestler?

When I was a kid, I was inspired by those larger-than-life characters such as Hulk Hogan and The Ultimate Warrior. I did the reality show The Real World, which made me realise I could do anything I wanted to in life. I’m from Ohio and the expectation was you go to high school, then college, then come home and get a job and a family and that’s where you stay. The Real World showed me I don’t have to do that small city thing – I wanted to become a WWE Superstar and I did it.

Was starting your career in reality TV a help or hindrance in becoming a wrestler?

It got me comfortable with cameras and being in front of an audience. I was already a showman, I went to a wrestling school and learned the art of wrestling and I’m here today.

If wrestling hadn’t worked out, what were you going to fall back on?

I’d probably be in Cleveland, Ohio, running a business like my dad does. He runs a chain of sandwich shops. I’ll probably run a couple of those too.

Working for my dad. I flipped burgers for him when I was 14 at one of his stores in a terrible neighbourhood in inner-city Cleveland. I’d have grease all over me and smelled of fried food all day. I earned enough money to buy my own car, though – I was so proud. It was a 1988 Firebird that barely ran.

The worst injuries are to your head. I got a concussion on WrestleMania 27. I took a tackle off a table and landed on my head on the concrete. It gave me a scare. WWE has an impact assessment and you aren’t allowed to work until you pass it. I had a week off, which is scary because you never know what’s going to happen.

Your gimmick was to be the most annoying person possible – how did you set about doing that?

Most people backstage will say I’m the most annoying person around – I don’t know why. I don’t consider myself egotistical or cocky but everyone else does. I’m a good guy. They might cheer for John Cena or CM Punk but they should be cheering for me. I don’t know why they don’t cheer for me but if they don’t like me, then tough.