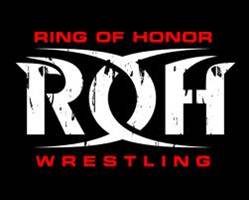 Ring Of Honor‘s announce team, Nigel McGuinness and Kevin Kelly, was two of the featured guests on this week’s edition of the award-winning Monday Night Mayhem. You can now feel The Mayhem every week only on the WrestleView Radio Network.

Nigel & Kevin joined The Big Mosh and “The Chairman of the Board” Todd Vincent for a Monday Night Mayhem worldwide exclusive interview, which is now available for download on the WrestleView Radio Network:

The experience of working together as Ring of Honor’s for ROH’s weekly television program on the Sinclair Broadcast Group and on ROH’s iPPV’s:  (Kevin): “It was very easy thanks to Nigel. He slid into the chair, and without missing a beat and without having a great deal of broadcasting experience, he was able to understand the flow of a wrestling broadcast and made the transition from the ring to the announce position better than anyone I could remember. We never rehearsed or did any work together. I just introduced him, and we sat down and started calling matches, and that was it. He able to analyze and really get into the story, and the who’s and the what’s. The legitimate passion he brings in there after being a former World Champion is unprecedented, and I’m so lucky to have him.” (Nigel): “After that response, I don’t know if I could answer that. It wasn’t easy for me starting out. The truth of the matter is, I would not have been able to do it without Kevin being there beside me, filling in all the gaps and giving me the opportunity to put my two cents in, and sometimes more than two cents, within a match. I liken it to professional wrestling. At times, you don’t talk a lot before you go out there. You just have a natural chemistry with guys, where at some point, someone takes control, and at some point, someone else starts driving the train. He’s a great Jim Ross to my Jerry Lawler.”

What they have learned from each other from calling Ring of Honor action over the past year:  (Nigel): “I think when to be quiet. You don’t need to be talking the whole time. Also, how to structure what you’re saying when you have ideas of what to say. How to present those ideas in a way that grabs the people watching at home, to think about things instead of just stating facts.” (Kevin): “I’ve learned a lot from Nigel about never really having the opportunity to really work with a current wrestler. Someone that is part of the generation that is currently competing and what are they feeling. What are they experiencing? What’s it like to be in the main events? The more that I have relied on him, the better he has become.”

Kevin’s reaction to wrestling fans being upset at the recent technical issues that ROH has experienced over the past several months with their iPPV’s and why, he believes, the company has learned from its mistakes:  “I don’t begrudge anyone’s opinion about the iPPV’s at all. It’s up to Ring of Honor to deliver a quality product that people want to watch and that people are willing to buy. We have to have consistency. We’d like to get some things in order in house, and partner with the right folks, and make sure we have everything that we need. I feel very confident that Saturday’s broadcast (Glory By Honor XI) is going to be top notch. Each time something has gone wrong, we have learned from our mistakes, and we have tried not to repeat them. We’re trying to find ways to make sure everyone is happy.”

Much more is contained in Nigel & Kevin’s exclusive interview with Monday Night Mayhem, including their candid thoughts on the entire Glory By Honor XI lineup, what fans can expect for ROH’s return to the Toronto area, the fallout from the Kevin Steen/Jay Lethal Ring of Honor World Title Match last weekend and the implications it will have for this Saturday night, just how different it is filming and producing a Ring of Honor television taping vs. an iPPV, plus the complete details on Nigel’s forthcoming documentary: “The Last of McGuinness.”

Celebrate the ten-year anniversary of Monday Night Mayhem by listening to exclusive interviews from the Ring of Honor World Champion “Mr. Wrestling” Kevin Steen & ROH Ambassador Cary Silkin, with many more of your your favorite Mayhem memories and moments coming soon! More details will be headed your way throughout the fall! Don’t miss all-new episodes of Monday Night Mayhem, available every Monday evening along the airwaves of the WrestleView Radio Network.