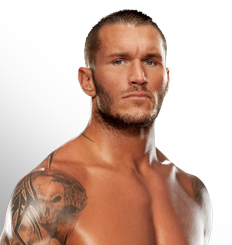 IGN: Your character in 12 Rounds 2 is more of an “everyman” type. Not like the cop from the first 12 Rounds movie.

Randy Orton: Yeah, definitely. Well, you know, John Cena. He couldn’t play an “everyman.” Look at him. He looks like He-Man. Put Randy Orton into the EMT outfit however and he can be an average joe. [laughs] But yeah, I agree with you. I thought that was kind of cool. Because when I heard that I was going to be in the new 12 Rounds movie I was like “Okay, get ready, Randy. You’re going to be a police officer.” But no, the character is an EMT worker and I thought that was different. In a good way. It also gave them a way to cover my tattoos up for the entire length of the movie almost with the long sleeves. So they were thinking. There was some motivation behind my profession in the movie. But it was cool because there’s a part in the film where I break a guy’s nose down in a sleazy Chinese motel in Chinatown and I tell him to immediately put pressure on it to stop the bleeding. Because I care about these people. My character doesn’t want to hurt anyone, or police officer seven, but I know that my wife is in danger so I gotta do what I gotta do.

IGN: Finally, being a second generation wrestling star, what’s your take on the Bray Wyatt video from this past Monday’s RAW and Curt Axel’s debut a few weeks ago?

Orton: Well, I’m used to calling him “Husky,” but Bray’s vignettes are awesome. And the other two guys down there in FCW, who are part of his team, are talented. That little group there looks great. I have no idea what we’re in for but those vignettes have everyone’s heads turning backstage. And wrestling is in Bray’s blood. He’s the son of Mike Rotunda – I.R.S. But Curtis Axel is third generation too. And so I think there’s been a lot of pressure on Joe [Hennig] just being the son of “Mr. Perfect” Curt Hennig. I mean, how can there not be a lot of pressure? No disrespect to my father, but Mr. Perfect was around a little more and maybe had more of a following. So people might be more aware of who his father was and because of that I think he has a lot more to live up to. And that whole “Michael McGillicutty” thing? That was just career suicide. But he made it through that. And I think anyone who can make it through having a name like “McGillicutty” for however many years he had it is a survivor. The fact that he made it through shows you that the kid’s got some staying power. And now with Paul Heyman in his back pocket? He’s golden. Give him a couple weeks, a couple months, and he’ll make a big impact.