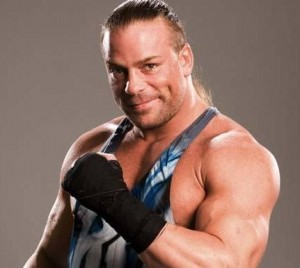 LordsofPain.net writer Daniel Pena reports that Rob Van Dam recently called into Extreme Pro Wrestling Radio on 100.3 FM The Fan in Minneapolis. He talks with Big D, Tim, and Crisco the hosts of the show about how holding out and staying in ECW in its final years developed him, how physically he hasn’t changed, how he would change the X-Division, and if marijuana use has kept him from being the poster boy of the different organizations he’s been with. Highlights from the interview are as follows:

How staying in ECW in its last few years helped develop Rob Van Dam into what he is today: … WWE didn’t want Rob Van Dam to get over when I was there. They tried so much to… to… not get me… to…to… keep me from that. They didn’t understand why the fans liked me because I don’t fit the cookie cutter formula because I am a non-conformist. I’m so confusing to wrestling promoters, and I’m used to that, but because I stayed in ECW and learned how to express myself the way, ah, that I could connect with my fans, it made my strong Rob Van Dam character uncompromising… and I owe that to ECW. If I would have left and went to WCW way back then, they were gonna make me… they were gonna put a mask on me and make me one of those Glacier characters… ”

Rob Van Dam on whether age has affected his physical condition and does he have to stop doing some moves because of it:  “Not even in the slightest… not even a little bit. … as a matter of fact, every once in a while, I’ll pull out a move because I haven’t done it in a while. I was wrestling Jeff Hardy, I think this was, like, two months ago, I went up to the top rope and I went, ‘you know what, I don’t think I’ve done a 450 splash in like 10 years’. Boom… I just bust it out.

“…I haven’t cut anything out, and if it was up to me, ah, I would change that X-Division title into hardcore rules and I would have 20 minute matches every night, bouncing off the guardrail, bring in a chair… and hell yeah, that’s what I got to show still!”

Rob Van Dam on whether being “420 friendly” has kept him from being “the man” everywhere he has been:  “I would think, ah, with TNA, probably not so, because they, they usually like to make those references, ah, whenever they can. and I think they appreciate the extra, ah, the extra cool attention that it gets them. Obviously, my… high profile bust, when I got pulled over in Ohio with possession of 18 grams, uh, and..and… resulted in suspension and loss of the titles… I mean, there is no way in denying that that definitely knocked me off from the track that I was on. Ah, at the same time, I don’t mind going down in history for that or drawing attention to, ah, a cause that I believe is worthy…”

Rob Van Dam also talks about the political climate in WWE vs. TNA, his current relationship with Paul Heyman, and more. The audio interview is available at www.facebook.com/extremeprowrestlingradio.