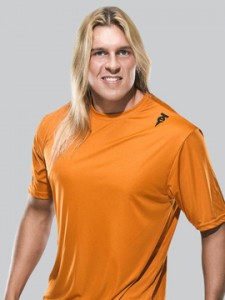 Here is a recent interview with former Tough Enough contestant Ryan Howe.  Howe was part of the cast of Tough Enough the last season. Trainer Bill DeMott was very often in his face and even gave Ryan the nickname “Skidmarks”.  He spoke with Robert “Krupy” Krupár from www.artofwrestling.cz in a really lengthy interview about his career after WWE stint, his ultimate goals, TNA Gutcheck and much more.

The Krupy:  Would you rather go to WWE or TNA, and why ?

Ryan Howe:  WWE is inevedibly the goal for myself. Its been the machine thats been running the longest, and there seems to be no end for it. HOWEver, TNA is doing a HELL of a job putting out a great product that true WRESTLING fans can enjoy. I love the way TNA’s product comes across and would be honored to be a part of that company. Like I said, any opportunity to introduce Wrestling’s Rockstar to a broader audience, is what I strive every day for.

The Krupy:  What is the one thing that you hate on wrestling business?

Ryan Howe:  One most hated thing about wrestling: Many would say politics….but that’s anywhere, the office, the mills, the justice system. I mostly wish wrestling is now what it was when I was a 5 year old „Hulk-a-maniac“. However, this industry thrives off its own evolution, and as things evolve, the circle is retraced.

The Krupy:  What is your opinion on OVW becoming the new developmental territory for TNA?

Ryan Howe:  OVW becoming THE developmental territory for TNA is nothing short of awesome. The trainers and roster at OVW have put on an incredible show from day 1, with AND without the notation as a developmental. TNA is such a good company from all aspects for wrestling fans, and I feel OVW fits right in the pocket of TNA very well.

Ryan Howe discussed much more topics with Krupy. Here is the link to full interview on Art of Wrestling CZ.