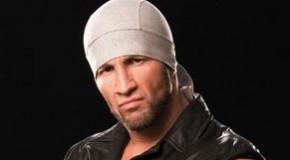 LordsofPain.net writer Daniel Pena reports that in a nearly 30 minute interview with Kayfabe Wrestling Radio, Shane Helms discussed his views on the fan fests and other meet and greets with the fans, his time with 3 Count and his views of WWE’s new group 3MB, meeting Jessicka Havok before she made it big in the business and much more. Highlights are as follows:

Does he like the fan interactions events like “Legends of the Ring” from this past weekend:  “Yeah, I love them, because you get to be the worker and the fan at the same time. Especially if some of the older guys show up, I mean Vader showed up and he had that big headpiece he used to wear; I didn’t really have time to go see it or anything like that, but I remember thinking that was cool. You know, just a lot of the legends you just don’t get to see anymore and a lot of fans don’t get to see them anymore, so you kind of get to be and get in that little fan zone. (Kevin) Nash gets to come in and you got all these guys like Snuka; like I said, the list just goes on and on. So, I mean, it kind of gets annoying when you have to sit there and work and you don’t get to hang out with your friends for a little bit; but it’s very cool.”

His thoughts on WWE’s new 3MB and his involvement with 3 Count:  “Yeah, I got flooded with this question since last night. I like this new band and if they can make it work, more power to them. You know, 3 Count was more over after it was over than when it was around. I remember when me and Shannon (Moore) were teaming briefly in WWE; I was the Hurricane and he was coming in trying to make a name, and get his name over, and people would chant 3 Count every single night. I mean, we are talking about, these are when we’d draw really good houses and we were just like ‘Where were you people when we were 3 Count? When we were 3 Count, you all would chant we suck every night!” But we always had a lot of fun and we’d always do the dance for them; even now, at indy shows, if there’s a good 3 Count chant, I pull out a move every now and then. But back to the question, I hope it works for those guys; it got a lot of attention last night, especially sent my way, so good for them.”

About meeting Jessicka Havok and his opinions of the Divas:  “She came to an autograph signing, and I got a picture of her before she ever got into the business. And she’s really good too; I like that style, she’s not that stereotypical Diva or Knockout. She’s kind of an asskicker and I think that’s sorely needed in the women’s division.”

His views of the wrestlers today and if they are just “cookie cutter mold” style:  “I think as far as this thing, there’s very few guys I’m afraid of; you have to have that have the fear factor that leads into the believability factor. There is just so many guys out there that just no way in hell they shouldn’t kick my ass. And I know there are a lot of fans out there that believe that too. And trust me, my character was a super hero; my character wasn’t built to instill fear, so I don’t want to sound hypocritical. But, at the same time, when I was a kid, I’d see Arn Anderson and that was a grown ass man out there; that wasn’t a little kid. And he was still young, he always looked 35; I don’t think there was ever a point in Arn’s life when he didn’t look 35 and I think even when he was in high school, he looked 35. He always came of like ‘this is a grown man fighting’.

“Now, the ages just get so low that these kids are just barely out of high school and I’m just not afraid of any of them. And maybe some of them could kick my ass; I’m not saying they can’t, but I’m just saying on appearance alone. To me that’s kind of what’s missing, there’s very few guys that come out there and I’m like ‘Man, this guy’s a monster’ and you don’t have to be big because Adrian Street wasn’t a big guy, but I was terrified of Adrian Street when I was a kid. He was just nasty. Buddy Rogers was nasty as hell; I was afraid he’d pull my eyeball out.”

His view of the CM Punk Fan incident and his own experience with such a matter:  “I guess you should probably just try to get away from the situation, that would be the perfect thing to do; just try to get away from it. But, I’m the wrong guy to ask because I probably would have reacted way worse than Punk did and I have reacted worse than he did when I’ve been touched by fans. I mean, we are still human beings; just because we are on TV doesn’t give anybody any right to put their hands on us. I know there’s a lot of fans that say ‘He’s just a fan; you should never hit a fan’. Well, if you’re hitting me, you’re not my fan. And even if you are a fan, it’s not short for fantastic; it’s short for fanatic and a fanatic isn’t always a great thing at all times. You know, stalkers are fanatics. Serial killers are fanatics. That (being a fan) doesn’t necessarily mean it’s a good thing. But if you are going into the crowd, you are taking an assumed risk and you are putting yourself into harm’s way. You play in traffic, you may get hit; that’s just kind of an unwritten rule. But, he was getting poked, got poked more than once and, it wasn’t even like the hit was that hard; I mean the guy didn’t sell it like it was too hard of, so I didn’t know. I just think it was kind of hilarious.

“A situation happened to me in Jonesboro, a guy actually made it all the way into the ring in Jonesboro, AR. You know, the building security, they handle the stuff outside of the barricade; WWE Security handles everything inside the barricade but everything outside of the barricade is arena security. And this arena guy later told the cops ‘I thought it was part of the show.’ But this guy just walked down the aisle; at the time I was Gregory Helms, I was the Cruiserweight Champion and I was riling the crowd up and I don’t remember what I said but I was talking some kind of junk. Some guy got riled up and if you are a good performer you can always pinpoint when you got somebody and I got this little section of people going. Anyway he was big and bad and he came and jumped right over the barrier, and the guard just moved out of the way and said ‘Go right ahead’ so he jumped right over the guard rail. So, now he’s at ringside and I was on the second rope and then I stepped down and now we are in earshot of each other, more so than me just yelling. So, I just kind of said, ‘Dude, if you come in this ring; I’ll gonna kick your ass’ and like a genius, he slid in head first. So, in the end, he faced my boot and I beat the piss out of him and there was about 8,000 of his hometown people there. By the time the cops got there, I had it handled pretty well, but you never know, this guy could have had a knife or some s–t. He could have stabbed me to death or or beat me up, which would have been a great story for the boys in the back but it wouldn’t have been a good story for me. So, in retrospect, I probably should have just gotten away from that situation cause you never know what people gonna do. Any kid on the street could get a gun, so there’s no telling what could happen.”