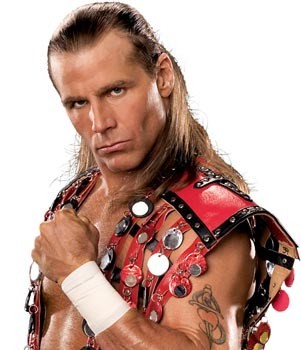 WWE Hall of Famer and former four-time WWE/World Heavyweight Champion, “The Heartbreak Kid” Shawn Michaels, along with his “MacMillan River Adventures” co-host, Keith Mark, were the featured guests on this week’s all-new edition of the award-winning Monday Night Mayhem, hosted by The Big Mosh & “The Chairman of the Board” Todd Vincent.

HBK’s & Keith’s first-ever appearances on “Your Home of Wrestling Radio” is now available for FREE download, exclusively on the Wrestleview Radio Network:

How “Shawn Michaels’ MacMillan River Adventures” is similar to the WWE: (Shawn): “It is still TV. There are still things that you have got to do. I’ve been an athlete most of my life, and I can follow instructions very well. That is one of the things Keith brings to the table: He is a good leader, and he knows what he wants. We have similarities in that respect, and I have to give Keith a ton of credit for that, because he handles everything under the sun.”

Which WWE Superstars have taken a liking to MRA Hunting and which former WWE/WCW personality they have “reached out to” that has a very good chance of appearing on the program in the future: (Shawn): “Road Dogg, Tensai, and The Big Show always talk about it. Obviously, you do your best to work with their schedule. That’s always the toughest part. But a number of guys have expressed interest, and we’re certainly going to do what we can to work around their schedules. Heck, I reached out to Eric Bischoff. So we’re going to try to get Eric to come on a show with us.”

Based on the success of MRA Hunting to this point, the likelihood of their show returning for a fourth season on the Outdoor Channel: (Keith): “I can tell you for sure that there will be 2014/2015 ‘Shawn Michaels’ McMillan River Adventures,’ because we’ve signed a long-term deal with the network the Outdoor Channel) that runs through 2015, so we have commitments.”

His thoughts on his legacy in professional wrestling & sports-entertainment and how he believes his fans will remember his career: (Shawn): “I get in trouble for it a lot, and I don’t mean it in a malicious way, but I don’t give a lot of thought to that. It’s not because I don’t care, but it is, because I recognize that I have no control over that. If nothing else, I’ve gotten really good over the years at not concerning myself with those things that I can’t control. It’s like trying to ‘make sense of the insensible,’ and I don’t waste my time or energy on that kind of stuff.”

Much more is contained in Shawn’s & Keith’s highly-anticipated Mayhem debut, including their candid thoughts on how they became friends and how their show first came to fruition, the feedback from the first season of MRA Hunting, if they believed the program would have ever seen a second/third season, why they feel they have such great on-camera chemistry between them, the biggest things they have learned while doing the show, what makes Season III different from the previous seasons of the program, why they enjoy having WWE Superstars come on their show with them, what fans can expect when watching Jim Ross’ first-ever appearance on MRA Hunting, the experience of helping the victims of the Joplin tornado, their personal get-well message to NFL Hall of Fame QB and Buffalo Bills Legend Jim Kelly, plus so much more! Check out the season premiere of “Shawn Michaels’ MacMillan River Adventures” this Tuesday night (July 2nd) at 11:30PM ET/PT on the Outdoor Channel. For all of the latest updates and news on Season III of MRA Hunting, log on to www.MRAHunting.com, and follow #MRAHunting right now on Twitter (at www.Twitter.com/MRAHunting.com). You can also follow “The Heartbreak Kid” and Keith respectively on Twitter (at www.Twitter.com/Shawn Michaels and www.Twitter.com/KeithMarkMRA).