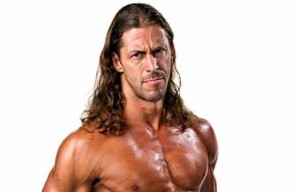 LordsofPain.net writer Daniel Pena reports that Stevie Richards joined the VOC Wrestling Nation radio program recently and discussed his political aspirations, his view of past, present, and future government, his assessment of Superstorm/Hurricane Sandy, being held down in the WWE, and much more.

Listen to the entire interview at www.vocnation.com.

The VOC Wrestling Nation is the flagship program of the VOC Nation Radio Network, formerly holding down the afternoon drive-time slot at WNJC Philadelphia. The VOC Nation has seen guests in every genre, from Hulk Hogan, Eric Bischoff, Mick Foley, and other top wrestling personalities, to top entertainers such as Lou Ferrigno, Grammy Award winner Roberta Flack, Kristy Swanson, Alan Thicke, and so many others. The VOC Wrestling Nation can be heard live every Wednesday at 5PM ET atwww.vocnation.com.

Here are some highlights of what Stevie Richards had to say:

On Hurricane Sandy: I have my own theories and opinions on how these storms come together, especially just before one of the most important elections in our history. The timing is just too convenient. I don’t want to sound like a nut job, but there was an electronic piece of equipment in Alaska that was activated the day before (the storm) turned to the northeast, and (that piece of equipment) on a scale of 1-10, was dialed to a 10+.

On the upcoming election:  Most people don’t do their own research, they don’t read, and they don’t hold politicians accountable for what they say; that’s why they can lie so much. A lot of evil people run the country. People know that money controls the world.

On Linda McMahon:  Here’s what doesn’t make sense. Why would she spend 9 figures to get a job that’s going to pay her 6 figures? It doesn’t make sense. She’s not a politician or a statesperson like Jesse Ventura or like I will be in the future. (She’s in it to lobby for her overall business interests with WWE) That’s common sense.

On his aspirations for public office:  When I decide that the time is right to take that step, I will be a statesperson, not a politician. I take the time to learn about the government and what’s going on in the world with my own two eyes and my own ears. I determine what I feel is true or false myself.

On politicians as puppets for corporate interest:  We do not live in a democracy, we live in a state of Corporate Fascism. I think people should investigate online. There was recently a third party debate (with candidates that are not democratic or republican) and that debate was one of the most unique, civil, and fact filled debates I’ve ever seen. Jesse (Ventura) is on point when he calls our system the “Democrips” and “Rebloodicans” because it’s a 2partygang system. It comes down to keeping people as a whole down; they want to keep everyone in a certain spot, and that’s unfortunately where we’re at. Whether you choose Obama or Romney, it’s not going to change anytime soon.

On never getting the opportunity to be a star in wrestling:  I’m the poster child for guys that work hard and never got the opportunity (I deserved). It’s a political thing. Johnny Ace says that 5% of what you do in the ring matters, and 95% of your success is what you do backstage; who you talk to and make friends with. I’ve never been a politics guy; I was just respectful and worked as hard as I could. For some reason, they always looked at me and said, “you’re this guy, and you’re always going to be this guy.”