Home / Miscellaneous / Recent Vader interview on Inside The Ropes Radio

Recent Vader interview on Inside The Ropes Radio 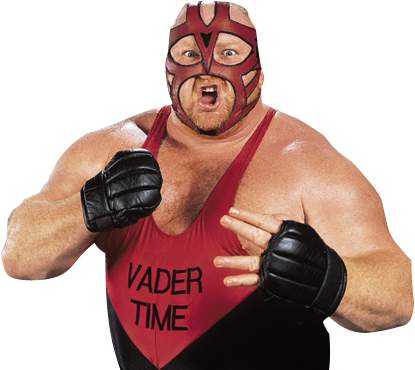 Vader recently joined Inside The Ropes for a rare radio interview. Here are the highlights:

Working with Hulk Hogan in WCW:
“Terry, he was obviously in charge. Everyone said that Eric was in charge but Hogan was pretty much running the show. He did what he wanted to do so when you worked with Hogan it was like working with the President of CNN. He called the shots, we did what he wanted to do. It wasn’t the match I would’ve had with him. The match I would’ve had with him, not necessarily a different outcome, just a different context of the match. Terry is doing fantastic and I wish him well. I’m honored to have worked with him. Hulk Hogan, when it comes to wrestling, he started it all. He’s the man. You’ve had The Rock and Stone Cold, but before them you had Hogan, he was the very first. My hats off to him.”

Why he asked to be released from WWF to return to Japan:
“I wanted to finish out my career with my style. I was able to do it over there. I think I was back in Japan, two or three weeks and Baba had put the Triple Crown World Title on me. I was back in shape and doing my style. (In WWF) You’re working with major superstars and they control the show. It’s kind of like working with a bunch of Hulk Hogan’s you know, they run the show. When you’re in the ring with Shawn Michaels, he calls the show, when you’re in there with The Undertaker, it’s like their house.”

What guys he currently enjoys watching:
“I like Brock Lesnar a lot. He’s significantly better this time than he was the last time around. He’s just perfect. He’s the perfect size, the perfect height. He can wrestle anyone big or small. It’s not like he’s 6’9 like The Undertaker. It’s not like where Undertaker and some of the smaller guys, you know you can’t match them up. Lesnar, you know, he’s 6’4 and he’s wrestling CM Punk. CM Punk is not real big and not real tall yet Lesnar and him had a good match. With his height, you know, he’s the beast, he’s an incredible physical specimen. The fact that he’s just the right height, he’s tall enough to fight, Kane or The Undertaker or he can go down to wrestlers on the smaller scale and have a great match. I think we’ll see great things from him in the next year.”

To hear the full interview where Vader also talks about working with Sting and Ric Flair, the incident with HBK at SummerSlam 96, his rivalry with Kane, his son Jesse in NXT and more, head to http://www.facebook.com/theinsidenetwork.