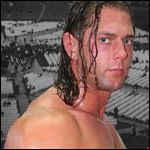 “Wildcat” Chris Harris is one of the most decorated tag team wrestlers in TNA history. He spoke with Robert “Krupy” Krupár from www.artofwrestling.cz about various topics.

The Krupy: What is your opinion on a current success of your former tag team partner James Storm ?

Chris Harris: I couldn’t be more proud of Storm.  I knew he always had it in him he just needed the opportunity.  It could have happened years ago, but Beer Money was such a success you had to go in that direction.  He looks great in the World title picture and I believe he will be champion again.

The Krupy: You debuted in WWE as „Braden Walker“, but after only two televised matches on ECW, you left the company. What happened and why your character didn´t work ?

Chris Harris: That is something I will never truly know.  I have my version of what I was put through, but a lot of people will say I just didn’t have what it takes.  It was never about a name or a character.  It’s the fact they would never let me go out and do what I do best.  I had a number of people telling me a number of different things.  I have enough confidence in my ability that I could have made something work.  It made me hate wrestling and i needed to get out.

Chris discussed a lot more topics with Krupy. If you would like to know how he thinks of Beer Money, how he got to the wrestling business or why he left TNA in 2008, here is the full link to the interview on Art of Wrestling CZ.