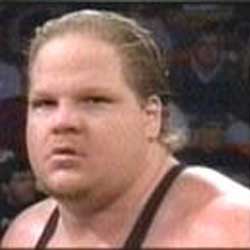 Today marks the 11 year anniversary of Louie Spicolli passing. He never became a huge star and most fans will never celebrate him the way they do Eddie Guerrero, Owen Hart, Brian Pillman, or Curt Hennig, but let’s spend some time today remembering Louie Spicolli.

Louie Spicolli was born Louis Mucciolo on October 2 1971 in Los Angelos, CA. As a teenager, he was a huge fan of professional wrestling and idolized Roddy Piper.

While attending a card at the L.A. Sports Arena in 1988, he met wrestler Bill Anderson, who had trained the Ultimate Warrior and Sting, and convinced Anderson to train him as well. He took the name Spicolli after Sean Penn’s character in the movie “Fast Times at Ridgemont High.” After a few months training he debuted as a jobber for the WWF. In his first match ever, he lost to Ron Bass at a TV taping in Duluth, MN. Spicolli on his debut was just 18 years old. He also worked squash matches against Ricky Steamboat, Jake Roberts, Davey Boy Smith, Rick Martel, and many others. 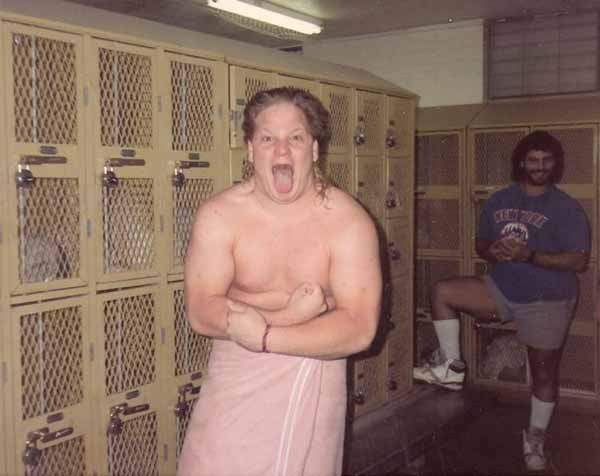 In 1989, he travelled to Tijuana, Mexico with Tim Patterson and his trainer, Bill Anderson, with whom he formed a stable known as “Los Mercenarios Americanos” (The American Mercenaries). They were a trio of masked heels who feuded with the Villano family. The Mercernarios would be short lived and were forced to unmask in July 1991 disbanded soon after.

Spicolli moved on to work on the US independent circuit, appearing with Herb Abrams’ Universal Wrestling Federation as Cutie Pie. He traveled to Arizona, where he won both the Interwest Wrestling Federation Championship and the American Wrestling Federation Championship (as The Zodiac). After several appearances in the WWF as an enhancement talent in 1992, Spicolli returned to Mexico as The Killer Blonde and made several appearances with the Japanese FMW promotion. In 1994, Spicolli appeared briefly with Smoky Mountain Wrestling, feuding with Chris Candido for the SMW Junior title. He left shortly afterwards and joined Asistencia Asesoría y Administración as Madonna’s Boyfriend, one of Los Gringos Locos along with Eddie Guerrero, Konnan, and Art Barr. He famously wrestled in a six man tag at the AAA/WCW PPV When Worlds Collide on November 6, 1994. This exposure led to Spicolli being offered jobs by many promotions.

In 1995, Spicolli returned to the WWF as Rad Radford, a fan of grunge music, and purportedly the boyfriend of Courtney Love. He worked an angle with the Bodydonnas, wanting to join and was eventually admitted as a Bodydonna-in-training. This lasted until November at the Survivor Series PPV, when he was thrown out of the group because his physique was not good enough.

In early 1996, Spicolli was found unconscious by a neighbor after overdosing on Soma and suffering a seizure. He was in intensive care for several days before making a recovery. The WWF, still mindful of the controversy that the steroid trials of several years before had brought, released him on condition that he would not work for WCW with a promise to bring him back. Spicolli struggled with depression before joining Extreme Championship Wrestling in July 1996 as a face. He later turned heel and feuded with Tommy Dreamer. He left the company on bad terms after owner Paul Heyman vlaimed that he had been negotiating with WCW and the WWF.

After working back on the independants for a few months Spicolli signed with WCW in late 1997 and became the lackey of Scott Hall, dubbing himself The Real Innovator; a mock of Tommy Dreamer. His first match was on the January 26, 1998 episode of Nitro against Juventud Guerrera.
Spicolli later began commentating during matches, and impressed many with his wit, though he was admonished after making a joke concerning the Oklahoma City bombing after commentator Tony Schiavone referred to a forthcoming “bombshell announcement.” Hall and Spicolli soon feuded with Larry Zbyszko, with Spicolli stealing Zbyszko’s golf clubs, bringing them to the ring, and breaking them over his knee while Hall made sarcastic comments on the mic. This resulted in a match between Spicolli and Zbysko being booked for SuperBrawl VIII PPV on February 22, 1998.
The match was never to take place.

On February 15, just five days after his 28th birthday, Spicolli was found dead at a friends home in Los Angeles. According to his autopsy report he suffocated in his sleep after mixing prescribed antidepressants with alcohol.

Louie Spicolli is one of the most tragic stories of professional wrestling, but his accomplishments will always be remembered and his hard-working attitude a staple for all aspiring wrestlers who follow in his footsteps.

Related Items
← Previous Story The Beast, Fighting Biggest Battle Of His Life
Next Story → OWW Wrestler of the Week: Edge