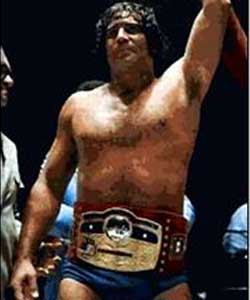 Few pro wrestlers were as successful as Jack Brisco.

Even fewer have announced their retirement and actually followed through with it.

Brisco — the industry’s top world champion of the 1970s — died Monday from complications following open-heart surgery. He was 68.

Although he left the business in 1984, Brisco remains such a revered figure that he was honored with a posthumous graphic by World Wrestling Entertainment on this week’s “Monday Night Raw” telecast. He grappled worldwide as the National Wrestling Alliance champion from July 1973 to December 1975. Brisco was known for long matches that incorporated elements of his acclaimed amateur-wrestling career.

“Jack brought credibility to professional wrestling,” said Funk, who estimates wrestling 200 NWA title matches against Brisco as both challenger and champion during the 1970s. “I never had a match with Jack less than spectacular for the fans. Jack was a great worker, an exceptional athlete and a beautiful person to work with in the ring.”

Brisco spent his final decade in wrestling working primarily in the Southeastern U.S. He often teamed with younger brother — and current WWE talent scout — Gerry before ending his career with a brief WWE run in 1984.
After years on the road, Brisco finally had enough. He abruptly quit WWE at age 43 and didn’t wrestle again.

“I was never tempted to come back,” Brisco told me during a 2004 interview. “People called for two years begging me to and offering me good money to do so. I would refuse. I was happy. I was so physically and mentally exhausted for six months after quitting that it took that long before I finally felt like a human being again. I refused to go to an airport or out of town for two years.”

Brisco made a significant impact behind the scenes as well. In one of the industry’s most notable transactions, the Briscos quietly sold their stake in Georgia Championship Wrestling to WWE owner Vince McMahon in 1984. The transaction helped give McMahon a valued cable time slot on TBS as WWE expanded nationally and drove smaller competitors out of business.

Brisco also is responsible for helping launch the career of Terry “Hulk Hogan” Bollea in the late 1970s. Brisco spotted Bollea playing bass in a Tampa, Fla., rock band and asked if he wanted to become a wrestler. Hogan, who idolized “Superstar” Billy Graham, agreed and began training under the late Hiro Matsuda.

Related Items
← Previous Story AS I SEE IT: The End of ECW
Next Story → The Wrestling Press – February Edition