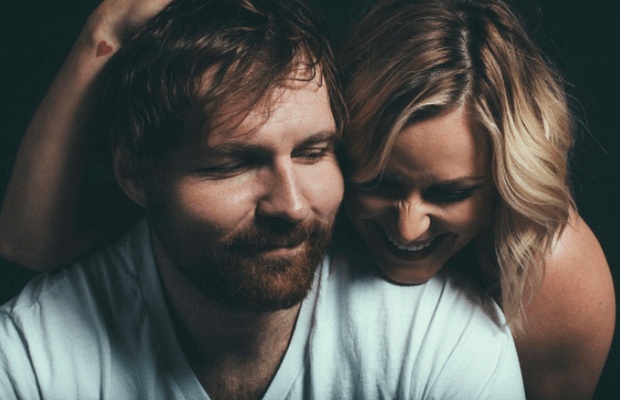 Renee Young surprised many fans when she announced on Twitter that she had married fellow WWE Superstar Dean Ambrose. In a new interview with E! Online, the Total Divas star sheds some light behind the secret ceremony and when the pair decided to get married.

Highlights of the interview below:

On the secret ceremony: “I wouldn’t even really say that we were engaged. We’ve been together for three and a half years and we knew that we wanted to have a Vegas wedding, because we live in Las Vegas we just figured we’d do it there and we’d just do it super low-key. We got our marriage license about six months ago when we were in Reno. There was a live event in Reno and I was there with him and we just happen to walk up to city hall and we went and got our marriage license then. So we’d been sitting on it so we could do this spur of the moment ‘hey let’s get married tonight’ kind of thing.”

When the idea to tie the knot came about: “We were going to bed! We were going to bed and he like busted out the ring and we were like, ‘Oh man I guess we should do this now.’ So we ended up going on Yelp and we found a 24-hour pastor to come to our backyard. It was so handy and his name was Pastor Pete and he lived around the corner from us, so he was there. They were very concerned by the way because it was 1 o’clock in the morning, so technically it was Sunday and they were very concerned about us calling, they were like, ‘Is everything OK? Have you guys been drinking? What’s happening?’ We’re like, ‘It’s fine, you can come down.’ So we had to get a witness and we called and woke up a friend of ours and got it done.”

Reason behind the quick ceremony: “We’re very non-traditional. So that’s why we didn’t feel like we needed to do the engagement or to do this big, fancy wedding. It was so perfect and so us. There’s not a single thing about it I would change.”

Renee also discusses holding off a honeymoon, confirming the wedding news on social media and her family’s reaction to the news.

You can read the full interview here.