Results of the NWA Upstate – Indytational

Results from the NWA Upstate Indytational 9/29 from the Minett Hall in Henrietta, New York: 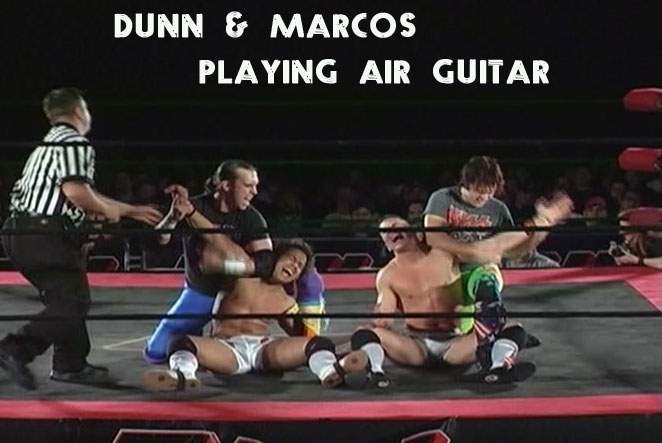 NWA Upstate No Limits Champion Cheech defeated Gabe Saint, Colin Olsen, and Super Xtremo in a non-title match (the winner of this match took Ruckus’ spot in the Indytational tournament as due to unforeseen circumstances he was unable to compete)

Jimmy Olsen defeated Danny Doring via rollup after injuring his back during the course of the match.

Dunn & Marcos (w/Nikki Jett) retained the NWA Upstate Tag Team Titles over CloudLee (“The Right Stuff” Brodie Lee and Cloudy) in a very hard fought match up. Following the match Rhythm & Booze came out and Frank cashed in his title shot from winning the Rumble.

John McChesney (w/Star Rider) defeated Jimmy Olsen in the finals to become the first Indytational champion.
Lots of interference from Star Rider early on causing SJK to return to ringside seemingly to even the odds as he was upset over his partner cheating to beat him early on. McChesney was able to take control for most of the match going right after Jimmy’s back that was injured earlier on. After an exchange of very near falls between the two it seemed Jimmy had the match won after his facebuster/piledriver combination, but then Star Rider interjected himself, distracting the ref while SJK showed his true colors and delivered a devastating boot to Jimmy setting up McChesney for the win. The three of them celebrated, what was obviously a plan all along, while McChesney held up Olsen’s NWA Upstate Title. So it would seem we know exactly what McChesney’s intensions are with that open contract he now has.