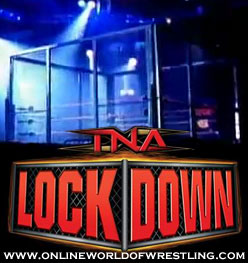 Jeremey Borash & Robbie E & Robbie T: Robbie Epromised he will get his TV title back and after winning hes going fist pumpingin town.

Ric Flair + Hulk Hogan: Ric Flair came out unexpectedly. Flair waited outWhoos before saying I am the Nature Boy, “Ric Flair.”Flair said hislife gets greater and bigger every day. Why? “‘Cause I’m that damn good,that’s why,” he said. Flair said he’s a special kind of cat and, tonight,this guy is down here telling you he’s pissed off. He said that’s not good forthe person he’s pissed off with. Flair said Hulk Hogan just won’t leave himalone and tonight, he ended Eric Bischoff’s career. Flair said that ain’t funnyto him. Suddenly, Hulk Hogan’s music interrupted. Hogan made his way out asFlair talked over Hogan’s music that Hogan pissed him off tonight. Hogan cuthis music, then slowly approached the cage. Hogan then said as GM of ImpactWrestling, he has to admit that Flair is single-handedly the greatest wrestlerof all-time. Flair said he just wants to talk to Hogan, then demanded Val openthe ropes for Hogan. Flair noted he’s had a problemwith Hogan for 30 years, insisting he should have been in the Lethal Lockdownmatch, not Eric Bischoff. Hogan calmed down Flair and asked him if he knowswhere he is.Hogan then ran down the items tonight: Bischoff is gone from TNA,Bischoff cannot use his name again, and if they lock up tonight, they will tearthe roof off this building. Flair answered by saying Hogan has really pissedhim off. Flair started to remove his jacket, then Hogan popped Flair in theface. Hogan posed then left the cage. Flair got up and started doing hisroutine removing his clothes and dropping wrestling moves on his wardrobe.Flair then directed his anger toward Tenay, telling him he’ll kick his ass,too. Flair kept going by calling out fans ringside. He asked someone off-cameraif the person wanted to ride SpaceMountain.

Jeff Hardy defeated Kurt Angle: Amazing match in which therewas a angle slam off the top rope and Hardy finished Angle with a swanton offthe top of the cage. The crowd were into it as well.

Jeremy Borash & Bobby Roode: He wasdeclaring that this is the moment the entire wrestling world and James Stormhave been waiting for. He will prove he is the most dominant World Hvt.champion in the history of TNA.

Bobby Roode defeated James Storm to retain the TNA World Heavyweight Title: The match started offas a brawl around the ring etc. This was a amazing match, Storm superkickedRoode out of the cage to retain the title,however after Storm celebrated withhis family he won the battle and not the war, this chapter is not over betweenthese two.