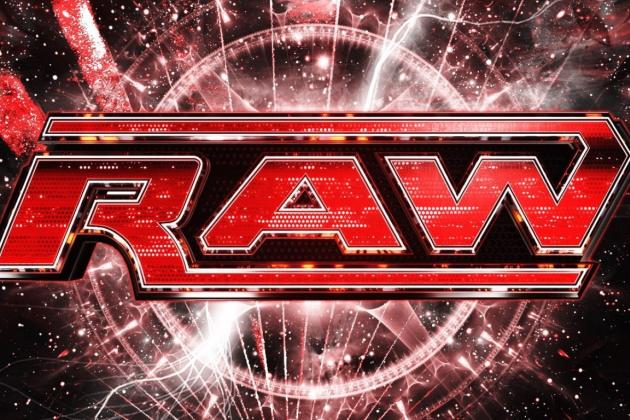 KICKOFF: Michael Cole welcomed us along side Jim Ross & Booker T, filling in for the injured Jerry “The King” Lawler – who was legit taken out by Mark Henry last week after a World’s Strongest Slam through an announce table that was supposed to be gimmicked but was not.

IN THE RING
Triple H + Vickie Guerrero & Dolph Ziggler + Cody Rhodes + Christian: They showed video of HHH firing The Miz & R-Truth last week and they fury that insued backstage afterwards. HHH said Miz & Truth weren’t fired because of any conspiracy, but because of THIS (they showed a video of Miz & Truth attacking referees). HHH said their apology was weak so he knew he was going to fire them, but he decided to fine them $250,000 each and get one last main event out of them before he fired them. HHH said he has also fined Mark Henry $250,000 for his actions against Jerry Lawler last week. HHH said he fired his friend Kevin Nash and that proves he will always do what is right for business. HHH was interrupted by “EXCUSE ME!” Vickie Guerrero accompanied by WWE United States champion Dolph Ziggler, who said he was glad HHH was doing what’s right for the company. Dolph wanted to know what HHH was going to do for him, saying that Hugh Jackman fractured his jaw last week! Dolph said it was all over the news and showed some of the headlines on the big screen. Dolph said it might be fractured but he can still compete even though he cannot eat solid food. HHH pointed out that Dolph came out and picked a fight with Hugh Jackman last week. HHH offered to get Dolph some security for what the Muppets are there next month. Cody Rhodes came out saying HHH was “so funny” and talked about because maliciously attacked by Randy Orton on the recent SmackDown!. Cody said Orton bashed him with the ring bell and he had to get nine staples in the side of his head. Cody said the assault was way worse than shoving a referee, so why wasn’t Randy Orton fined? HHH said he wished they stapled Cody’s mouth instead of his head. HHH remembered a few years ago when Orton attacked his wife (Stephanie) and he went to his house and kicked his ass! HHH told Rhodes to man up. Christian was next to interrupt, saying what happened to him was much worse than what happened to any of them. Christian complained about Sheamus costing him the World Heavyweight championship. Christian asked how it was fair? HHH said it was a Lumberjack match, and it was their job to throw Christian back in the ring. Christian said he’s had enough, and invited Dolph & Cody to join him in filing the biggest lawsuit in the history of the WWE. Christian said he would change his mind if HHH gave him one more match. HHH said he would give Christian one more match against Sheamus at Hell in a Cell but before that he will give him one more match against Randy Orton on SmackDown!, but before that he will give him one more match against John Cena tonight! Christian said it was unacceptable and stormed off. HHH said Dolph would defend the WWE United States title against Zack Ryder tonight. Dolph freaked out and also stormed off. HHH said because Cody has a zipper on his head he gets the night off. Cody said maybe HHH should give himself the night off, and said HHH was a poor excuse for a COO. HHH changed his mind and said Cody would defend his Intercontinental title tonight. Cody kept talking, so HHH kept upping the stakes, and it ended up being a 10-man battle royal for the Intercontinental title!

WWE INTERCONTINENTAL TITLE BATTLE ROYAL
Cody Rhodes defeated Sheamus and John Morrison and Alex Riley and Daniel Bryan and Ted DiBiase Jr. and Justin Gabriel and Sin Cara and Ezekiel Jackson and Drew McIntyre: The second Sin Cara showed up and pulled the first Sin Cara out of the ring. The second Sin Cara was then eliminated and the two Sin Casa’s fought on the floor. They talked about the feud brewing between Cody Rhodes and Ted DiBiase Jr. on SmackDown!. Final four were Cody Rhodes, Ted DiBiase, Ezekiel Jackson, and Sheamus. Ted was eliminated by Cody. Ezekiel was eliminated by Cody. Christian showed up trying to distract Sheamus. Sheamus tried to keep his focus but Cody took off his plastic mask and whacked Sheamus off the apron to win the match and retain the WWE Intercontinental title! Christian attacked Sheamus after the match and yelled “how does it feel to not win a championship!”

BACKSTAGE SEGMENT
David Otunga & John Laurinaitis: David Otunga was complaining to John Laurinaitis about some of the decisions being made by Triple H as Chief Operating Officer. John said he was the executive vice president of talent relations and maybe he should exert his influence a little bit.

BACKSTAGE SEGMENT: Beth Phoenix & Natalya Neidhart on their way to the ring..

SINGLES MATCH
Mark Henry vs. The Great Khali never got started: They talked about Khali finally being free of Jinder Mahal. Mark Henry attacked Khali before the bell with a belt shot to the back of the head and delivered a World’s Strongest Slam in the middle of the ring!

NON (WWE CHAMPIONSHIP) TITLE MATCH
WWE champion John Cena vs. Christian ended in a No Contest: Both Alberto Del Rio & C.M. Punk joined on commentary for the match. The match ended on the floor when Cena tossed Christian over the announce table onto Christian’s lap. Alberto sucker punched Punk. Christian took Cena back in the ring only to have Alberto interfere to have the match thrown out. Punk went after Alberto, who was already retreating. Alberto said this Sunday they will all go to hell but he was the only one coming back! Alberto said it was his destiny to beat the hell out of Cena! Alberto said when it was over you all can go to HELL!

WWE UNITED STATES TITLE MATCH
Dolph Ziggler w/Vickie Guerrero defeated Zack Ryder to retain the WWE United States title: Dolph managed to retain his championship after interference from Vickie’s other client, Jack Swagger! Vickie was really happy to see both of her clients on the same page and shaking hands. They started to double team Ryder until Kofi Kingston & Evan Bourne ran down to make the save! SmackDown! General Manager showed up and booked a six man tag team match, giving Vickie 3 minutes to find a third member for her team.

VIDEO PACKAGE: Hell in a Cell..

BACKSTAGE SEGMENT
David Otunga & Christian & Cody Rhodes & Dolph Ziggler w/Vickie Guerrero: David Otunga was trying to organize some kind of lawsuit against Triple H. Everyone who was listening seemed like they were interested.

SINGLES MATCH
C.M. Punk defeated Alberto Del Rio: John Cena joined on commentary for the match. After a long match, where Punk had his arm worked over; Punk knocked Alberto out with a stiff kick to the head for the win! Suddenly the cell was mysteriously lowered down to the floor. Cena prevented Ricardo Rodriguez from escaping. With the cell lowered, Punk hit Ricardo with the Go-To-Sleep and Cena hit Ricardo with an Attitude Adjustment! Then Punk tried to sneak attack Cena with a GTS, but Cena countered into an AA attempt. Neither man could hit their move but Alberto got up and whacked them both with a steel chair! Alberto set the chair in the corner and rammed Punk head first into it! Alberto smashed Cena with the chair, then Punk once more, before raising the chair above his head!