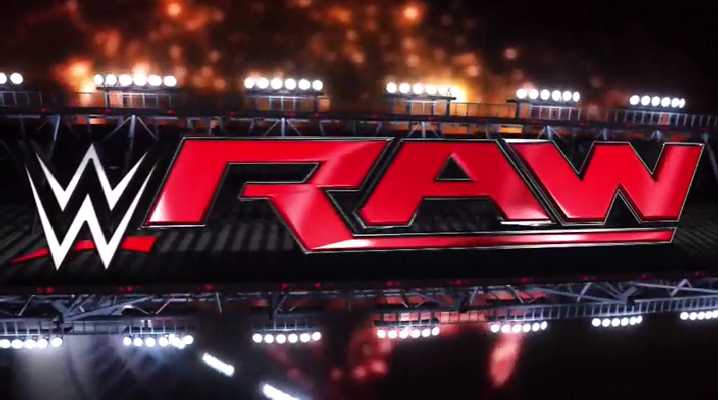 The Wyatt Family confronted The Brothers of Destruction

The Brothers of Destruction are back from Hell, but it may just turn out that they’ve gone from the frying pan to the fire. Addressing their torment at the hands of The Wyatt Family over the last month, The Undertaker and Kane promised an eternity of torment for The New Face of Fear and his flock, only to be confronted by the man himself. Flanked by the Family atop the entrance ramp, Bray Wyatt threw the brothers’ mysticism right back in their faces, demonstrating his lingering control over their powers by turning Undertaker and Kane’s druids against them. The former WWE World Heavyweight Champions managed to fend the minions off, though given that Wyatt has yet to reveal his trump card — which two of his brothers will face The Brothers of Destruction — it may not be so easy for them come Sunday.

It may just turn out to be The Kevin Owens Show after all, as the Intercontinental Champion continued to make good on his swaggering promise to run the table in the WWE World Heavyweight Title Tournament. After surviving the mighty Titus O’Neil, KO held off Neville in a quarterfinal clash that lands him just two wins away from being the “first Superstar ever” (his words; dispute them at your peril) to hold the WWE World Heavyweight and Intercontinental Championships simultaneously.

If he does get that far, he’ll certainly have earned it on the basis of this match. Owens all but painted a bull’s-eye on Neville’s head to ground him, which didn’t exactly work. But even though Neville landed the odd hurricanrana or Phoenix Splash, Owens kept the Red Arrow quivered and managed to connect with a Pop-up Powerbomb to punch his ticket to the semis.

Thanks to his loss last week, Tyler Breeze may not be WWE World Heavyweight Champion anytime soon. More’s the pity for his bare mantelpiece at his seasonal residence in Monte Carlo. That said, it doesn’t appear that Prince Pretty is going to trudge back to his green room in defeat anytime soon. After using a break in the action to apply some extra lip balm, Breeze turned R-Truth into his personal punching bag, targeting Truth’s legs in response to the flurry of kicks he’d already taken. So even when Truth managed to connect with the scissor kick, he was in too much pain to pin Breeze, who outflanked his foe with the Beauty Shot in short order.

Last week on Raw, it was offhandedly remarked that the Survivor Series main event may well be Dean Ambrose vs. Roman Reigns for the WWE World Heavyweight Championship. Well, The Lunatic Fringe just brought that one step closer to reality, as Ambrose is headed to the fall classic and leaving Dolph Ziggler in his rearview after a clash that combined old-school mat game with new-generation dynamism.

Faced with a rabid brawler, The Showoff dug into his amateur background for a catch-as-catch-can strategy that kept him going even after Ambrose turned his attention to Ziggler’s gimpy leg. As the match ramped up and fatigue wore on, Ziggler got desperate and slammed his knee on a top-rope facebuster, leading to a sloppy, all-or-nothing headbutt that Ambrose shook off to hit Dirty Deeds. Not bad for an old bull.

For once, The New Day’s blustering actually isn’t an elaboration: This month really is their one-year anniversary! Though that doesn’t automatically qualify them for a happy birthday, as their six-man tag against Ryback & The Usos went off the rails despite a strong showing by the Tag Team Champions.

Sporting red, white and blue facepaint in solidarity with the victims of last week’s attacks in Paris, The Usos found themselves isolated by a rolling New Day. When Big E made it a point to mock Ryback on the apron and slap him across the face, however, The Big Guy stormed the ring and made mincemeat of everyone, getting the match thrown out in the process when he shoved the official aside. Tough loss, but at least The Usos got to kick Xavier Woods in the face.

The earth shook, the skies cracked and the Cesaro Section wept as one. In a battle of Swiss and Samoan supermen, it was Roman Reigns who emerged victorious, as he advanced past Cesaro to the Survivor Series semifinals of the WWE World Heavyweight Championship Tournament.

The first-time ever clash between the two was as advertised, and seemed to be veering toward defeat for The Big Dog when he attempted (unsuccessfully) to outmuscle Cesaro in the opening moments and found himself with a banged-up shoulder as a result. The feats continued when Cesaro reversed the Drive-By into a Cesaro Swing, Sharpshooter and crossface that Reigns finally flipped into a Samoan Drop. But The Big Dog’s reversal of the Neutralizer led to a whip-fast sequence that culminated in a spent Reigns landing a Spear at the last second to win. We don’t want to say the toughest test is behind him, but all things considered …

The Dudley Boyz defeated The Ascension

Someone’s GPS must have gotten mixed up: The route to the Wasteland got screwed up and landed The Ascension in Dudleyville. Facing The Dudley Boyz, Konnor & Viktor attempted to induct another pair of Attitude Era veterans into their own house of horrors. It didn’t quite work out that way, as Bubba brutalized Viktor until Konnor came in to turn the tables (no pun intended). A fresh D-Von quickly brought the former WWE Tag Team Champions back from the brink, dispatching Konnor and setting Viktor up for the 3D.

The Cinderella story is over for Kalisto, but the path to destiny just got a lot shorter for Alberto Del Rio. Finding himself face-to-face with the miracle kid of the WWE World Heavyweight Championship Tournament, The Essence of Excellence dug deep and fended off The King of Flight to land himself in the semifinals at Survivor Series this Sunday.

Despite the loss, Kalisto looked like a million bucks in defeat, buzzing around Del Rio and forcing the U.S. Champion to go to town on his opponent’s back to ground him. Del Rio’s attempt to unmask the luchador brought out Kalisto’s aggressive side, but Del Rio reversed the Salida del Sol, remarkably, into the Tree of Woe to set up for the big stomp. Congratulations, Del Rio. The Roman Empire awaits. Buena suerte.

We thought we were getting a Divas Championship Match at Survivor Series between Charlotte and Paige. We may end up with a fight, though. Amid all the insults at their contract signing about who betrayed whom and who was more worthy of being called a champion, Paige decided to insult the memory of the Divas Champion’s late brother in an attempt to rile her foe into a brawl. It worked. Charlotte lunged across the table at her challenger, instigating a giant scrum that took a whole fleet of refs to end. Paige got the worst of it, and there might be more to come: The blow Paige struck to Charlotte’s heart could just have woken the sleeping dragon.