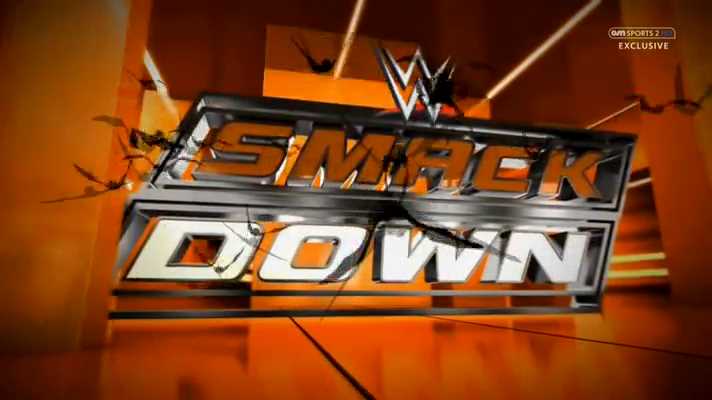 SmackDown celebrated Halloween as The Showoff and The A-Lister battled in a terrifying Trick or Treat Street Fight, four of WWE’s top duos competed in a Tag Team Terror Four Corners Match and The Wyatts put forth a horrifying task for anyone brave enough to accept.

Which Superstars would be crazy enough to face The Eater of Worlds’ fearsome family after what they did to The Deadman and The Devil’s Favorite Demon earlier this week?

Roman Reigns addressed the WWE Universe from inside the squared circle, recounting his arduous journey to his current position as No. 1 contender to the WWE World Heavyweight Championship. Kevin Owens soon arrived, reminding The Big Dog how close he was to winning Raw’s Fatal 4-Way Match to become Seth Rollins’ top challenger. Not one to mince words, the no-nonsense Reigns had enough of the talk, telling the Intercontinental Champion to live up to his name and just “Fight Owens Fight.”

Kevin Owens brought a hard-hitting fight to The Big Dog initially, but with no “prize” on the line, the brash Superstar continued his propensity for fleeing the scene. WWE’s prizefighter attempted to escape up the ramp once, only to have Roman Reigns run him down. The Intercontinental Champion’s second attempt to escape proved successful, but it wasn’t until after he received a huge Superman Punch that sent him spiraling from the top turnbuckle to the outside. With the referee counting up to 10, Owens saw his opening to grab his title and leave through the crowd.

The Lucha Dragons defeated the Dudley Boyz, King Barrett & Sheamus, and The Ascension in a Tag Team Terror 4-Corners Match

The Lucha Dragons, The Dudley Boyz, King Barrett & Sheamus and The Ascension battled in a hard-hitting Tag Team Terror Four Corners Match that saw Bubba Ray & D-Von chase the King and The Celtic Warrior up the ramp amid the frenzied action. With two of the teams out of the picture, the masked luchadors took advantage with Kalisto hitting Salida del Sol on Viktor for the victory.

After the contest, Kalisto & Sin Cara approached the unicorn-clad Big E & Kofi Kingston sitting in with the SmackDown commentary team at ringside, causing them to back away, clearly wanting nothing to do with the high-flying Superstars.

SmackDown’s Trick or Treat Street Fight was definitely a treat for the WWE Universe who got to witness Dolph Ziggler superkicking a pumpkin right off the head of The Miz, The Awesome One being forced to bob for apples, a light saber face-off and more. The Most Must-see Superstar in WWE looked to be on the verge of victory after delivering a chair strike on the ring post to the knee of The Showoff. But when he attempted to latch on the Figure-Four Leglock, the opportunistic Ziggler rolled up his opponent for the win.

With the injured Ziggler still hobbled from the contest, Tyler Breeze and Summer Rae arrived (selfie stick and all) as “Prince Pretty” delivered a brutal post-match assault on his rival.

After being attacked backstage two weeks ago on SmackDown, Natalya had an opportunity for payback against the woman who appears to be the main suspect in the incident, Paige. Unfortunately for the embattled Diva, Team B.A.D.’s arrival mid-match to mock The Queen of Harts was enough of a distraction to allow The Diva of Tomorrow to hit the Ram-Paige for the win.

Following the contest, Sasha Banks, Naomi and Tamina proceeded to assault Natalya, who may be regretting ever getting involved in the Divas Revolution.

The surprising alliance of Zeb Colter and Alberto Del Rio continued to make an impact within the WWE Universe, as the pair announced themselves as the first citizens of the new nation “MexAmerica,” even branding the United States Championship as the “MexAmerica Championship.”

The former World Heavyweight Champion proceeded to impress in the ring, defeating R-Truth with a vicious-looking foot stomp from the top.

Dean Ambrose was the first Superstar to stand up and accept Bray Wyatt’s “Face the Fear Challenge.” And surprisingly, he found two other competitors in Cesaro and Ryback, who were not only willing, but also eager to step into the ring against Luke Harper, Erick Rowan & Braun Strowman.

WWE’s brave trio of Superstars put up a valiant fight, but their terrifying adversaries used their numbers advantage to put on a fearful display of power. Just when The Swiss Superman had the grizzly Harper set up for a giant swing, The New Face of Destruction tossed over the SmackDown announce table, allowing Harper to send the distracted Cesaro face-first into a big right hand from The New Face of Fear standing at ringside. The King of Swing then stumbled into a huge clothesline from The New Face of Desolation who pinned his fallen opponent. “Follow the buzzards.” Boo!