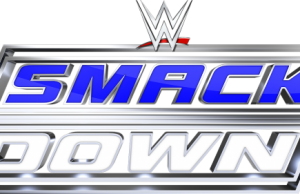 WWE Smackdown starts off with a United States video package celebrating the 4th of July.

John Cena kicks off WWE Smackdown as his music hits to a thunderous pop. “Lets go Cena” and “Cena sucks” chant from the crowd. Cena teasing the crowd asking them if they missed him. Cena talks about the United States was built on a simple idea. That is that anyone can come and achieve greatness. And that’s what he thinks of the WWE. Superstars from all around the world get the chance to show their skills. He says he wants to compete with the best. But lately superstars are talking about his future. How he has sold out, nothing more than a part timing mascot.

He says he is not a part time. He is an all timer. And that means Monday Night Raw and that means Smackdown Live. He says he’s a free agent because if his time in WWE is limited, he will go down in a blaze of gloury. AJ Style, Nakamura, Kevin Owens, Seth Rollins, Samoa Joe, Brock Lesnar, Roman Reigns… “You line them up, I will knock every one of them down”.

Rusev’s music hits as he comes down holding a Bulgarian flag. Loud “USA” chants fill the arena. Rusev says that he works so hard that he got hurt. He says Cena was away in Hollywood while he was rehabbing his shoulder. He says Cena won’t take any opportunities from him. The American dream is a lie just like America is a joke.

Cena asks if Rusev is lost. Rusev tells Cena USA’s independance day is pathetic. In Bulgaria, they march and show their strength. But in the USA, they stuff their faces with cheeseburgers and hot dogs. A loud “YES” chant from the crowd. Rusev says it’s not a compliment. Cena says they could have a flag match tonight on Smackdown. The Bulgarian flag in one corner and the American flag in the other. Rusev says “YES, YES” but not today. Rusev says they will fight on his time and his terms. Cena tells him to run and tells the crowd to chant “USA”.

Daniel Bryan is backstage with Gable and AJ Styles. Bryan says he’s sick of Kevin Owens calling and complaining about how Gable and Styles should not be in the Battle Royal to determine the number 1 contender to the U.S title. Bryan says it’s Chad Gable vs. AJ Styles tonight and the winner enters the Battle Royal.

The match kicks off with Gable taking Styles down. Styles gets back up and a drop kick from Styles to Gable.

Back from commercial break. Both men on the top rope but Styles slides under Gable and trips him. Styles with a snap suplex into the corner. Styles goes for the Styles Clash but Gable gets out of it and puts Styles in the ankle lock. Styles tries to get out of it but Gable locks it in again. Styles slides out of it and gets the calf crusher on Gable. Gable rolls out of it. Both men back up and Styles with a Pele kick. Styles with the phenomenal forearm from the top rope. He goes for the cover, 1, 2, 3! Styles will be in tonight’s Battle Royal to determine the number 1 contender to the United States title. After the match, both men stand up and shake hands.

Backstage the Hype Bros are talking about last week’s loss. They will both be in tonight’s Battle Royal.

Up next, Carmella and James Ellsworth.

Carmella’s music as she makes her way down to the ring with James Ellsworth. James says he is cancelling independence day because they are here to celebrate something more important. A Carmellabration. Carmella asks the crowd if they actually thought someone else was going to win the Money in the Bank. Carmella says you can’t always get what you want, unless your name is Carmella. She says she has all the power. She decides where and when she would get to defeat the WWE women’s champion Naomi.

Naomi’s music hits. She congratulates Carmella. She says her eyes are always open and her glow is always on. And as for Ellsworthless, there’s someone who has words for him. Daniel Bryan’s music hits. Bryan makes his way to the ring. He asks James what is he going to do with him. A loud “Daniel Bryan” chant from the crowd. He says he knows exactly what he is going to do. He is barring him from the arena. Ellsworth jokes about getting back in. Daniel says he’s also fining him $10,000. And not to expect a paycheck for 30 days since he is suspended. And if he does not leave right away or if he breaks any of the rules, he is stripping Carmella of the Money in the Bank contract. Carmella tells Ellsworth to leave. She grabs him as they leave the ring.

The bell rings and we are under way. Naomi goes for a roll on Lana and gets her in an arm bar. Lana taps right away.

Tamina appears in the ring and tells Lana to get up. Lana looks embarassed.

Backstage, Nakamura is about to get interviewd but Corbin attacks him from behind. Both men fight backstgage but the referee’s break it up.

Wale, who will be MC-ing the rap battle between The Usos and the New Day is in the ring. He introduces both teams.

Aiden English is in the ring. He begins to sing but is cut when Randy Orton’s music hits. Aiden asks Orton if he was finished because he wasn’t done. He attacks Orton from behin with the microphone. Orton goes outside the ring but English throws him into the ring steps. Aiden gets back in the ring, grabs the microphone and continues his performance.

Aiden English is in the ring. He begins to sing but is cut when Randy Orton’s music hits. Aiden asks Orton if he was finished because he wasn’t done. He attacks Orton from behin with the microphone. Orton goes outside the ring but English throws him into the ring steps. Aiden gets back in the ring, grabs the microphone and continues his performance.

Jinder Mahal’s music hits. Mahal on the microphone as a loud “USA” chant errupts. Mahal says it’s the land of prejudice and ignorance. He says he is disrespected. He says at Battleground, he will show why he is the only true super power in the WWE. Orton interrups him. He says no one will stop him from punishing him in the Punjabi Prison match. Orton says no one likes Jinder because he is a jackass.

Backstage, Tyler Breeze dressed up as a woman is interviewing Tye Dillinger about the battle royal. Tye says it’s every man for himself. And he mentions how if it comes to it, Breezango might have to fight each other.

Renee Young interviews Maria Kanellis and Mike. Maria says their message is that love is undeniable. It’s ageless. Everybody wants love but not everybody gets it. They go to kiss but Sami Zayn accidentally drops a pipe next to them and breaks the mood. He apologizes. Zayn’s music hits and it’s the Independence Battle Royal.

Kevin Owens is at ringside doing commentary. The bell rings and the Battle Royal is underway. Dolph Ziggler is the first one eliminated. Fandango eliminated. As Tyler Breeze gets thrown out of the ring but is caught by Fandango. He throws Breeze back in the ring only to get thrown out and eliminated again. Mojo throws out Zack Ryder. Mojo gets eliminated. The final three on Tye Dillinger, AJ Styles and Sami Zayn.

Kevin Owens gets in the ring and beats on AJ Styles. Owens goes to hit Styles with the belt but Styles with a kick takes Owens out as he rolls out of the ring. AJ styles lifts the U.S title.