WWE Tribute To The Troops 2012 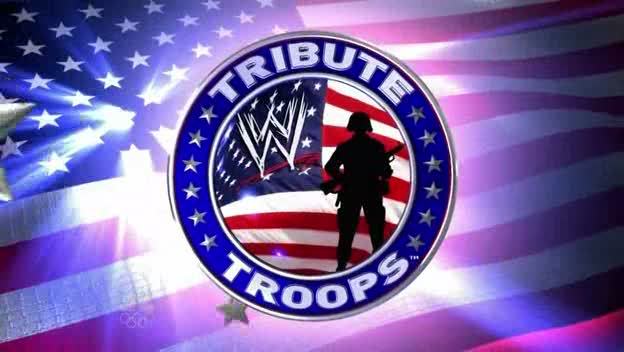 The 2012 edition of the special was taped at The Scope in Norfolk, Virginia, although referred to on-air as Naval Station Norfolk, on December 9. The broadcast began with a pre-recorded message from President Barack Obama, featured musical performances from Flo Rida and Kid Rock, and a special “Miz TV” segment with Kermit the Frog and Miss Piggy. USA Network aired a two-hour version of the show on December 19, 2012, while NBC aired a one-hour version three nights later.