OFF WITH THEIR HEADS!!

HELL IN A CELL MATCH
The Undertaker defeated Mankind: This turned out to be one of the most famous matches of all-time! They ended up on top of the cell, where Undertaker choke-slammed Mankind through the roof and he crashed through and landed violently in the ring! The match seemed to be over, but Mankind jumped off of the stretcher and climbed back up on top of the cell to continue his battle with the Undertaker. The danger escalated and Undertaker literally tossed Mankind off the of the cell down 20 feet crashing through the announce table in an epic moment in WWF history! Mankind continued the match and the Undertaker eventually won. Most of Mick Foley’s recollections of the match came from watching it later on video tape. 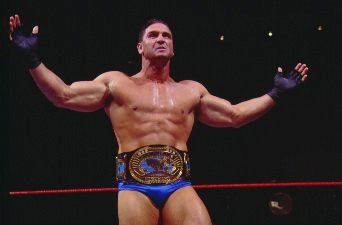