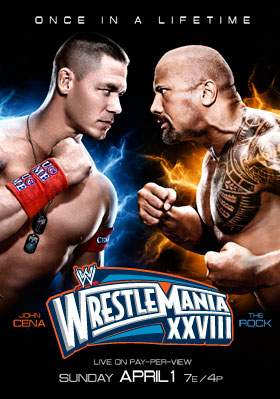 BACKSTAGE SEGMENT
Team Johnny (The Miz & Dolph Ziggler & Jack Swagger & Mark Henry & Drew McIntyre & Vickie Guerrero and one of the Bellas + David Otunga + John Laurinaitis: The Miz said just like he won at WrestleMania last year they will win this year! The rest of the team ignored the Miz. Otunga came in and introduced John Laurinaitis (wearing a white suit and red tie). JL gave a speech that this will be the night remember for when he became the G.M. of both RAW & SmackDown!.

BACKSTAGE SEGMENT: Santino Marella & Mick Foley did some comedy with one of the guys from the TV show Deadliest Catch…. then WWE Hall of Famer Ron Simmons came in and said DAMN!

VIDEO PACKAGE: What it’s like to be a Diva..

DIVAS TAG TEAM MATCH
Kelly Kelly & Maria Manounos defeated WWE Diva’s champion Beth Phoenix & Eve Torres: Maria Manounos totally fits the mold of a WWE Diva. When she did her matches on RAW and at Tribite to the Troops she looked suprisingly good. They said Maria has suffered several recent injuries while training for this match and her spot on Dancing with the Stars. The heels targetted Maria’s injured ribs. Maria got the hot tag on Kelly, who got some offense on both her opponents. Kelly reversed the Glam-slam and tagged Maria. Maria climbed to the top rope, where Beth caught her and held her up for a press slam. Kelly pulled Maria down and pushed her into the ropes so she could roll up Beth for the 1-2-3! The Diva’s champion pinned by a celebrity talk show host.

BACKSTAGE INTERVIEW
Matt Striker & Shawn Michaels: Shawn something will come to an end, the end of the streak, or the end of the game. Shawn said facing the Undertaker ended his career; isn’t it ironic that he has the power to end an era.

END OF AN ERA MATCH (Hell in a Cell)
The Undertaker defeated Triple H: Shawn Michaels was the special guest referee and did his full entrance except for the fireworks that didn’t go off. Triple H did his entrance. Undertaker did his entrance. Taker is now bald. They faced off in the ring, until suddenly the Cell was lowered from the ceiling. HHH hit a spine-buster on the ring steps in the ring. Taker put HHH in the choke but HHH got out. HHH put two chairs in the ring and started bashing Taker repeatedly. Shawn yelled at HHH that it was too far. Shawn said you know he won’t quit, and told HHH to cover him! HHH pulled Shawn aside and bashed Taker some more. Shawn asked Taker if he gave up but he said DO NOT STOP IT. Taker made it to his feet and HHH jabbed him again with a chair. HHH covered him for a two count. HHH bashed Taker once more on the back and Shawn pushed him. HHH had a cut over his eye. HHH found a sledge hammer under the ring. Shawn tried to talk HHH out of it. HHH bashed Taker with the sledge-hammer but only got a two count! HHH was literally going to bash Taker’s brains it but Shawn took it away from him and threw it out. Shawn thought about starting a 10 count but hesitated. Taker ended up putting the Hells Gate on Shawn by accident. HHH came over and hit Taker with the sledge hammer to break it up. HHH went for another assault but Taker kicked him and put him in the Hells Gate! HHH passed out in the hold but there was no referee. Taker released the hold. Referee Charles Robinson ran down and unlocked the door to get inside. Taker got up and choke-slammed HHH for a two count! Taker then choke-slammed Charles Robinson! Moments later, HHH got out of the Tombstone and pushed Taker into a superkick by Shawn. HHH hit a Pedigree but Taker miraculously kicked out after two. Shawn got in HHH’s face, and HHH tossed him out of the ring. HHH turned around and Taker sat up and went into full assault mode. Taker tombstoned HHH but only got a two-count from Shawn before HHH kicked out. Nobody could believe it! Shawn was an emotional wreck. HHH and Taker got up and exchanged strikes for a while. HHH escaped a Tombstone and hit a Pedigree, but only got a two count! Taker sat up again. HHH crawled towards the sledge-hammer. Taker grabbed a chair. Taker stepped on the sledge and began bashing HHH with the chair repeatedly! Taker covered for a two count. HHH lunged towards Taker with the hammer but Taker caught him. Taker pushed HHH into the corner where HHH gave him the crotch chop gesture. Taker bashed HHH with the sledge hammer and tossed it out. Taker did the cutthroat gesture and then Tombstoned HHH for the 1-2-3! 20-0 – Everyone watched to see if Taker could leave under his own power. Shawn helped Taker up to his feet and embraced him, then held up his arm in victory. Shawn and Taker then helped HHH to his feet and assisted him out of the ring and up the ramp.

BACKSTAGE INTERVIEW
Josh Mathews & Heath Slater: Josh said he was about to interview recording artist Flo Rida. Heath Slater came in and said he was the real one man rock band. Flo Rida came in and Slater suggested they do a duet tonight. Flo Rida wasn’t impressed and Slater got upset. Flo slapped Slater down on his ass. Two jobbers, I think Curt Hawkins & Tyler Reks, came in and laughed at Slater.

TEAM JOHNNY VS TEAM TEDDY MATCH
Team Johnny (The Miz & Mark Henry & Drew McIntyre & Jack Swagger & Dolph Ziggler & “Captain” David Otunga, w/John Laurinaitis & Vickie Guerrero & Brie Bella) defeated Team Teddy (Kofi Kingston & R-Truth & The Great Khali & Zack Ryder & Booker T & “Captain” Santino Marella, w/Theodore Long & Aksana & Hornswoggle & Nikki Bella): Brie Bella introduced Team Johnny. Nikki Bella introduced Team Teddy. Eve Torres also came out to cheer for Zack Ryder & Team Teddy. OMG this is how you give a lot of extra people a WrestleMania moment. The winner gets to be the General Manager of both RAW & SmackDown!. It was a boring match until they started doing spots. The Bellas started to brawl at ringside. Inside the ring, Santino hit the Miz with the Cobra – but the fall was interrupted by Ziggler. Zack Ryder got in and hit a whole bunch of offense. Eve jumped in and did the woo woo woo with Ryder. The referee pushed Eve out of the ring, distracting Ryder, and allowing The Miz to hit the Skull Crushing Finale on Ryder for the win! Team Johnny celebrated. Inside the ring, Eve tried to console Ryder but ended up kicking him between the legs and walking out.

BACKSTAGE SEGMENT
C.M. Punk & John Laurinaitis: C.M. Punk was getting ready for his match when Team Johnny went by still celebrating. JL talked down to Punk and said he wanted a wrestling match, adding that if Punk loses his temper and gets DQ’d he will also lose his WWE title to Chris Jericho.

WWE CHAMPIONSHIP MATCH
C.M. Punk defeated Chris Jericho to retain the WWE Championship: Jericho spent most of the match trying to psychologically trick Punk into getting disqualified. It turned into a phenomenal wrestling match. Punk won by submission, making Jericho tap out.

ON STAGE: Funkasaurus Brodus Clay wasted valuable air time and then introduced his mother, Mama Clay. Some woman dressed up as an old woman came out and shook her junk. Then a whole bunch of women dressed as old women came out and danced. What a waste of time.

ON STAGE: Next, a shirtless Flo Rida came out and performed Good Fooling and Wild One. He’s pretty good, but still a waste of time. They could have done another match during this time. That was the intro for The Rock.

ONCE IN A LIFETIME MATCH
The Rock defeated John Cena: John Cena looked the same as he has looked for the last seven years, while The Rock looked like a million bucks; like he never left the WWE. Rock milked his entrance, as he won’t be doing this too often. The crowd booed Cena and cheered Rock. They did a staredown to start, trying to copy the Rock/Hogan atmosphere. They rang the bell and there was a buzz throughout the audience. Cena powered Rock down to the mat. Trenting Worldwide (Twitter): John Cena vs The Rock. Rock powered Cena down to the mat. Sign in the crowd says “Australia hates Cena.” They felt each other out for several minutes. Lots of rest holds. Cena hit the Five Knuckle Shuffle (which is a direct ripoff of the People’s Elbow). A minute later Cena hit an Attitude Adjustment out of nowhere, but Rock kicked out after two. Suddenly the crowd got vocal with Cena. Rock hit a Rock-bottom, but Cena kicked out after two. Cena went to the top rope for a flying leg drop to the back of Rock’s head! Two count. Rock took Cena down and went for a Sharp-shooter. Cena crawled to the ropes to break the hold. Rock punched Cena in the head and re-applied the Sharp-shooter. Cena again crawled to the ropes to break the hold. The match spilled out to the floor. Back in the ring, Cena applied the STF on Rock in the middle of the ring. Rock tried to get to the ropes. Cena released the hold, pulled Rock back to the middle, and re-applied the STF. Rock looked like he passed out. The referee lifted and dropped the Rock’s arm once, twice, but he revived on the third attempt! Rock made it to the ropes to break the hold. Rock hit a Samoan Drop to buy some time to regroup. Sign in the crowd says “If Cena Wins We Riot.” They both got to their feet and exchanged punches. They both failed to hit their own finishers. Rock hit a Spine-buster and connected with the People’s Elbow! Cena kicked out after two. Cena tried a small package for another two count. Sign in the crowd says “This is EPIC.” They ended up on the second rope. Rock pushed Cena down. Rock went to the top and did a cross-body, but Cena rolled through! Cena stood up and flipped Rock into an Attitude Adjustment! Rock kicked out after a two count! Cena was blown away. Cena then got cocky and tried to do the People’s Elbow, but Rock stood up and caught him with a Rock-bottom for the 1-2-3 to win the “greatest match in WrestleMania history!” Cena sat at the bottom of the ramp distraught as Rock celebrated and posed.