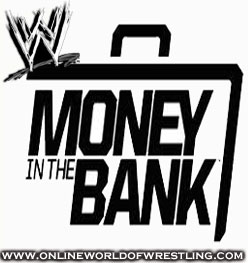 RAW MONEY IN THE BANK MATCH
Alberto Del Rio defeated Rey Mysterio and The Miz and Kofi Kingsion and Alex Riley and Evan Bourne and Jack Swagger and R-Truth:

WORLD HEAVYWEIGHT TITLE MATCH
Christian defeated Randy Orton by DQ to win the World Heavyweight title: There was a stipulation where if Orton was senselessly disqualified then he would lose the title to Christian.. Late in the match, Christian spit in Orton’s face and Orton went nuts.

WWE CHAMPIONSHIP MATCH
C.M. Punk defeated John Cena to win the WWE championship!: C.M. Punk’s contract expires tonight and he promised to win the WWE title and leave the WWE! There was another stipulation where if Cena lost the title to Punk he would be FIRED! All night Vince McMahon & John Laurinaitis tried to resign Punk. Vince & Johnny came out to ringside and they teased a screwjob on C.M. Punk but John Cena wouldn’t let it go down like that. Punk planted Cena with the GTS for the win and to capture the WWE championship as promised! Vince ordered Alberto to come out and cash in his contract, but Punk kicked Alberto in the head before the bell even rang (Alberto keeps his contract). Punk leaves the WWE with the title and Cena is supposedly FIRED!