Home / Indies / PRESS RELEASE: RightCoastPro presents a “Hall Of Fame” event on May 3, 2014 in Newark, DE

PRESS RELEASE: RightCoastPro presents a “Hall Of Fame” event on May 3, 2014 in Newark, DE 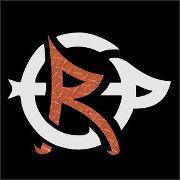 Professional wrestling returns to Newark, Delaware as RightCoastPro continues the 2014 season with the Inaugural “Hall Of Fame” event on Saturday May 3rd, 2014!  This top-rated community event is a high-impact wrestling show and features all the Elite Pros of RightCoastPro in competition, a TaeKwonDo demonstration from the New Castle Martial Arts studio and the Inaugural Hall Of Fame Induction Ceremony of King Mega.  Always a live performance of the National Anthem topped off with door prizes and surprises from this edge-of-your-seat night out of family fun!

Preliminary match-ups and performers that have been announced are:

The May 3rd “Hall of Fame” event is a don’t miss, high-impact, professionally produced show that is up close and action-packed featuring Elite Pros from up and down the Right Coast.  Our shows are family friendly in a comfortable and clean environment with plenty of parking, full concessions and close to home. Top rated community event!  Family/group discount ticket packages are available! Check our website www.rightcoastpro.com or email to lisa @ rightcoastpro.com for show details, buy tickets or information on competitors and full card.