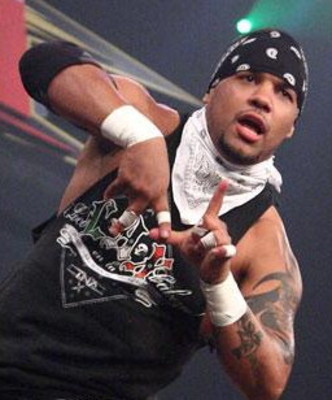 Former TNA X Division and Tag Team Champion and current Ring of Honor star Homicide recently appeared on The Undisputed Wrestling Show and talked about what he would do to turn TNA Wrestling around:

When asked who should buy TNA:  “Terry Funk, he’s that knowledge of the business, he’s been around the world, he knows everybody…Terry Funk pulls out art every time he wrestles.”

When asked what three things he would fix in pro wrestling immediately:  “I’d bring back the territories.  Even though he’s in his sixties, I want to compete with Vince McMahon.  I want to beat him.”  “I would bring back masked wrestlers, I’m talking about like the Patriots back in the day.”  “And male managers, you got these divas, these hot mamacitas, I wanna see a male manager like a Mr. Fuji or a Bobby “The Brain” Heenan type.  We looking at these little sexy girls who are half naked who love the strip clubs but we’re talking about male managers.  I would bring them back but everybody would say ‘Oh guys, that’s too old, that never would happen.'”