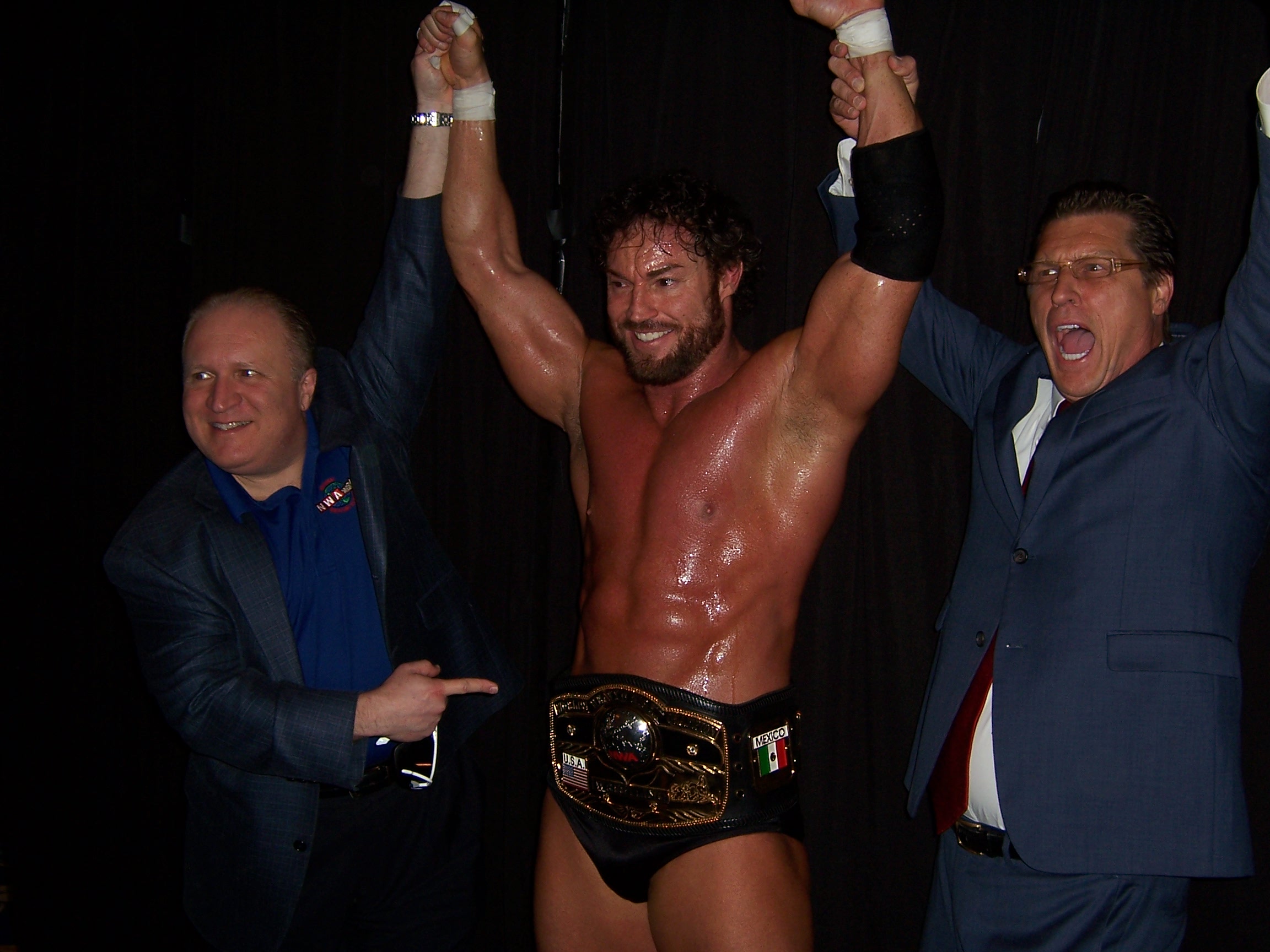 “Ironman” Rob Conway has defeated Satoshi Kojima at the Cauliflower Alley Club Reunion in Las Vegas on Monday to regain the National Wrestling Alliance World Heavyweight Championship. The challenge for this match was made and accepted at NWA Southern All-Star Wrestling’s “Collision Course” event in Nashville on Friday, May 30. This marks the first time the World Heavyweight Championship has changed in hands in such a city known for high-profile combat sporting contests.

The victory begins Conway’s second reign with the championship. His first began when he defeated the Tokyo Monster Kahagas at an NWA Branded Outlaw Wrestling event in San Antonio, Texas on March 16, 2013. It came to an end at the hands of Kojima at New Japan Pro Wrestling’s “Wrestle Kingdom 8” event in Tokyo on January 4 in Kojima’s second attempt at capturing the title, having unsuccessfully challenged Conway on April 7, 2013.

Kojima, upon having defeated Conway, became the 48th NWA World Heavyweight Champion in the 66-year history of National Wrestling Alliance. Kojima, along with partner Hiroyoshi Tenzan, is also one half of the reigning NWA World Tag Team Champions, having defeated Conway and Jax Dane on April 6 at NJPW’s “Invasion Attack 2014” in Tokyo.

Kojima had successfully defended the World Heavyweight Championship six times, defeating Byron Wilcott on February 9 in Hiroshima, Conway on April 12 in Taiwan, Wes Brisco on May 3 in Fukuoka, Jeremiah Plunkett and Damien Wayne in two separate matches on May 30 in Nashville and Houston Carson on May 31 in Houston.