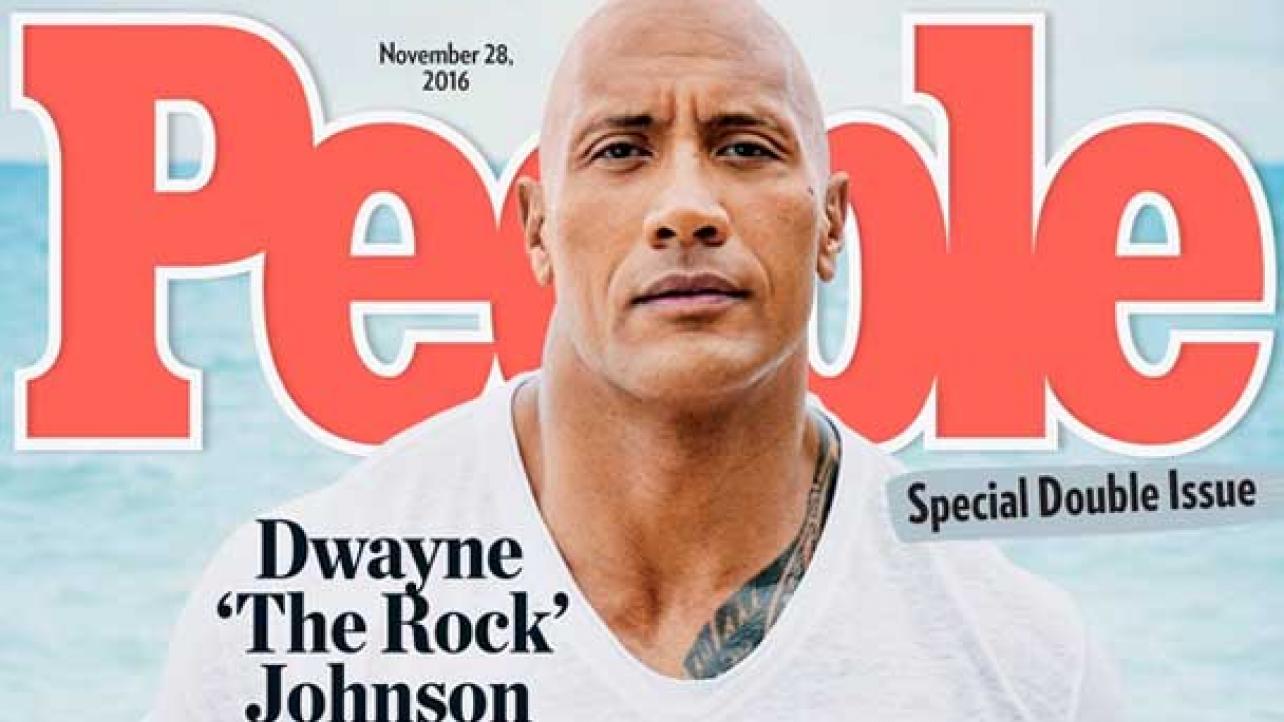 The world’s highest-paid actor Dwayne “The Rock” Johnson has big box-office draw — but it’s his even bigger heart that made the Moana star this year’s Sexiest Man Alive!

So what did the former WWE champ, 44, think when he first heard about his latest title?

“I said, ‘That’s awesome.’ And then what went through my mind was just how cool and exciting it is,” Johnson tells PEOPLE in this week’s cover story. “And then I thought, ‘Wow, we’ve pretty much reached the pinnacle.’ I’m not quite too sure where we go from here. I’ve done it all, this is it.”

To celebrate his title – and his upcoming Disney role – Johnson is making his Sexiest Man Alive debut Tuesday on The Ellen DeGeneres Show (check local listings for time).

At 6’5? and 245 lbs., the Herculean star insists that becoming comfortable in his own skin “took a lot of time.”