Home / Behind the Scenes / Ron Simmons talks about his WCW title run, the WWE Hall of Fame, the Faarooq gimmick and more

Ron Simmons talks about his WCW title run, the WWE Hall of Fame, the Faarooq gimmick and more 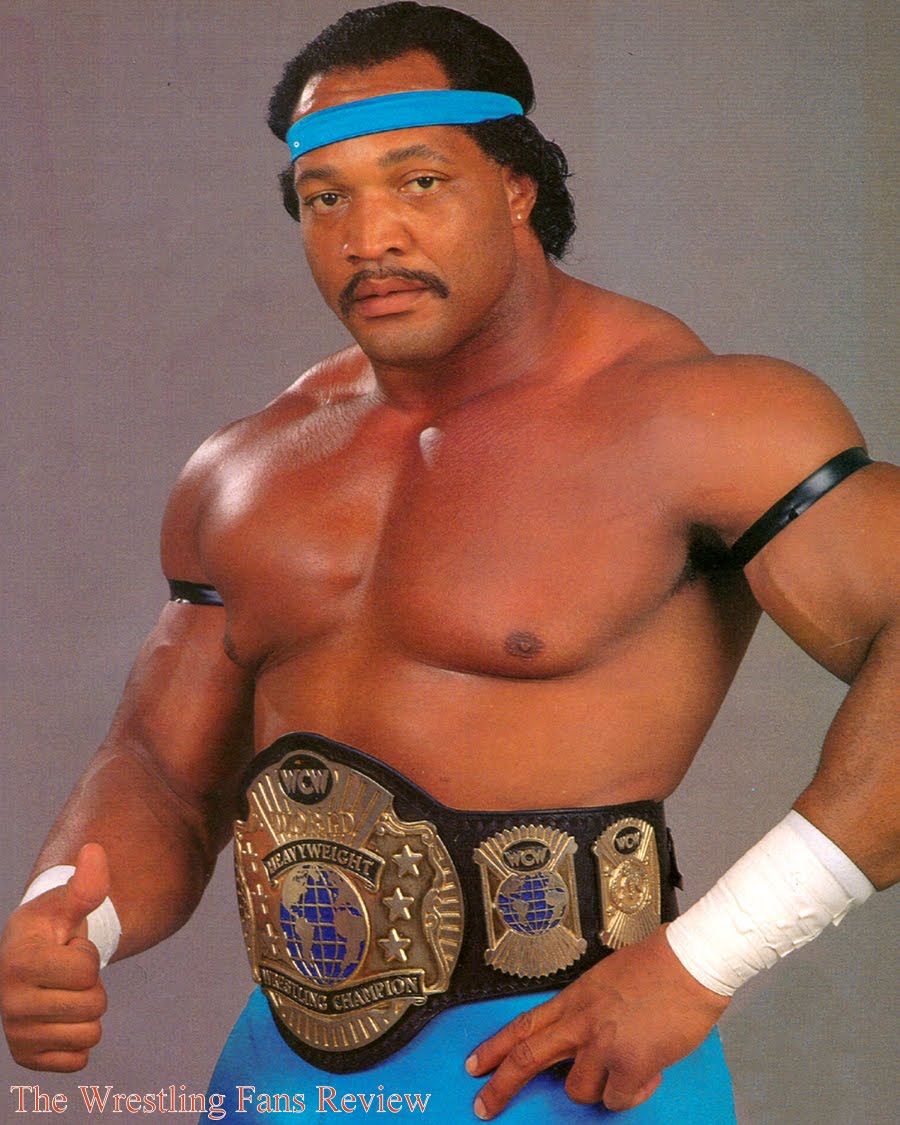 WWE Hall of Famer, Ron Simmons recently sat down with Steve and the Scum on WGD Weekly for an insightful hour long interview spanning his trailblazing career in the professional wrestling business. Simmons touched on all points throughout his journey in the world of sports entertainment. The entire interview can be heard here:

Highlights from Ron’s appearance on WGD Weekly included him touching on:

The significance of becoming the first African American World Champion in WCW : “…Out of everything that I’ve accomplished in professional wrestling, that, without any doubt, tops the list. As I have stated before, once we leave this earth, man or woman, we want to be known or leave something behind that is good for mankind, period and that to me was the best gift I could’ve given, not only to my race, but to any aspiring wrestler, or anyone aspiring to do the best in anything they can…at that time there wasn’t many African Americans in the business, and then for myself to come along and be the one, while not setting out to be that one, or that trailblazer, or the first to wear that heavyweight belt. it means a lot to me. To see the other guys like Booker T, or Mark Henry who had come after me and for them to come up to me and say ‘Thank you, Ron, for inspiring me and opening the door for me to get an opportunity to pursue my dream. That’s what sums the whole thirty years of this business, that I have been in the ring, that’s what makes it all worth while…”

Who he feels deserves to be in the WWE Hall of Fame that has not yet been inducted: “…My brother, as I do say, at some point he definitely has to go in there. Whether it is as a tag team or as a singles, he was a world champion there and in numerous world championship tag teams there with myself, and that’s my partner, Bradshaw…”

Sitting down with Vince McMahon and being pitched the Faarooq Asad gimmick: “…We sat down and we started going over things, and we thought about how I was going to be presented in my gimmick…so, he said, ‘This is when I sat down with my team and envisioned you as.’ Now this was far from my mind, but, he pulls these drawings out and says, ‘I see you as this gladiator, as this spartan. Now, so far I’m thinking, man, this is great, I can get with that. Then he starts to show me more and more and then he says, ‘And this will be something like what you’ll be wearing, this helmet right here, it’s made out if leather.’ So, at first I’m waiting there, you know, I’m waiting for him to laugh or to joke. Because, I’m laughing at this point and I’m thinking, this guy has a good sense of humor, he is ribbing me. So, as I’m laughing, I look at his face and think, ‘Oh god, he is serious.’ So, my face goes right back to poker face right then and all I can say is, ‘You know, I think that is great. That is fantastic and it will be the best thing I’ve ever done.’ I’m thinking in the back of my mind, ‘I can’t believe this,’…”

He and Bradshaw having to “welcome” incoming talent to the WWF that May have not had the best attitude coming in: “…There is a lot of truth to that, absolutely. There were guys that came there from other organizations that perhaps they thought they should just skip everybody else and skip right to the top and have things right away the way they wanted. I mean, hey, there are rules and things that you have to abide by as far as this business goes…and you have to respect those. But, when you don’t respect those, then hey, we have got a problem. So, yes, we had a lot of guys who came in with that attitude, and John and I would have to be called upon to let them know ‘hey, that is not how it works here’…”

In addition to these points, Ron also discussed many other points of his illustrious career including, his football days at Florida State and then in the NFL and USFL, meeting Hiro Matsuda in Florida to begin his wrestling career, the move to the NWA/JCP and being paired with Butch Reed as Doom, wearing the masks while competing as Doom and working with both Woman and Teddy Long as their managers, his singles run that led to him being surprised to hear that he would become WCW Champion, working as champion against Vader, Cactus Jack, and Lex Luger and how each of their styles were so different, spending a brief period of time working for Paul Heyman and ECW, how he was approached to join the WWF, a hilarious road story of himself and Bradshaw driving in a snow storm with Teddy Long, the Nation of Domination being created, watching the Rock develop into a superstar as part of the Nation, the friendly wagers between himself and the Rock over their alma maters, Florida State and Miami, getting teamed up as the Acolytes with Bradshaw! the fun the APA had with the different backstage “card playing and cigar smoking” vignettes, the origins of his catch phrase “DAMN,” his favorite “DAMN” moments, being inducted to the WWE Hall of Fame, and so much more.

Related ItemsFarooqron simmonswcwwwe
← Previous Story AS I SEE IT: The world’s most famous Bingo Hall is back in business
Next Story → Random Rumblings: Bob’s Opinion on Eric Young’s Title Victory