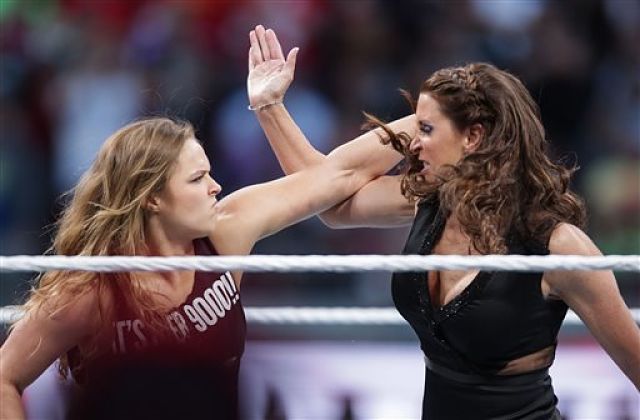 Westgate Las Vegas Sportsbook Vice President Jay Kornegay described results as “not good” for the oddsmakers as low-risk, high reward bettors cashed in Saturday night. A $100 bet on Holly Holm resulted in a $600 payoff, while bettors had to pony up $900 on Ronda Rousey to earn $100.

UFC 193 drew a record 56,214 crowd in Melbourne, Australia and a live gate of $6.8 million. Rousey’s star power is undeniable as she remains a top draw in UFC and the company’s biggest star. And while one historic loss will not be nearly enough to sink Rousey’s seemingly bulletproof stock, it somewhat limits her appeal. All eyes are on Ronda, not for her next movie or talk show appearance, but rather an inevitable rematch against an opponent who was superior Saturday night.

With Rousey’s dominance now in question, a potential appearance at WrestleMania 32 is pretty much out of the question. Rousey was already highly doubtful to appear at the potentially record-setting event at the mammoth AT&T stadium to follow up on her memorable cameo from WrestleMania 31.

In an interview with Fox Sports, she admitted she wasn’t sure if she would be able to make it to the event. F4WOnline recently reported that movie commitments will block Rousey from appearing, although stranger things have happened in WWE. Ironically, Rousey’s unblemished record makes her more valuable to WWE than UFC.