We noted last night how Braun Strowman, Mojo Rawley and Mickie James represented WWE at the USO Metro DC 37th Annual Awards Dinner in Washington, DC. This was missed before but former New England Patriots player and WWE celebrity Rob Gronkowski was also at the dinner, and posed in the WWE Community photo with Rawley, James and Strowman.

NBC Boston picked up on Gronkowski’s appearance and mentioned the rumors of Gronk possibly signing with WWE now that he’s retired from the NFL. NBC tried to bill the dinner as a WWE charity event, but this is something that has been held for decades, long before WWE ever got involved with the USO. There’s no word yet on if Gronk was there with the WWE crew, or if he was there on his own, or possibly tagging along with his good buddy Mojo.

There’s still no word yet on if WWE has interest in bringing Gronk back for an appearance or signing him for a possible career. As noted, Mojo spoke to TMZ Sports this week and said he believes we will see Gronk in a WWE ring again.

Below is the photo where Gronk can be seen: 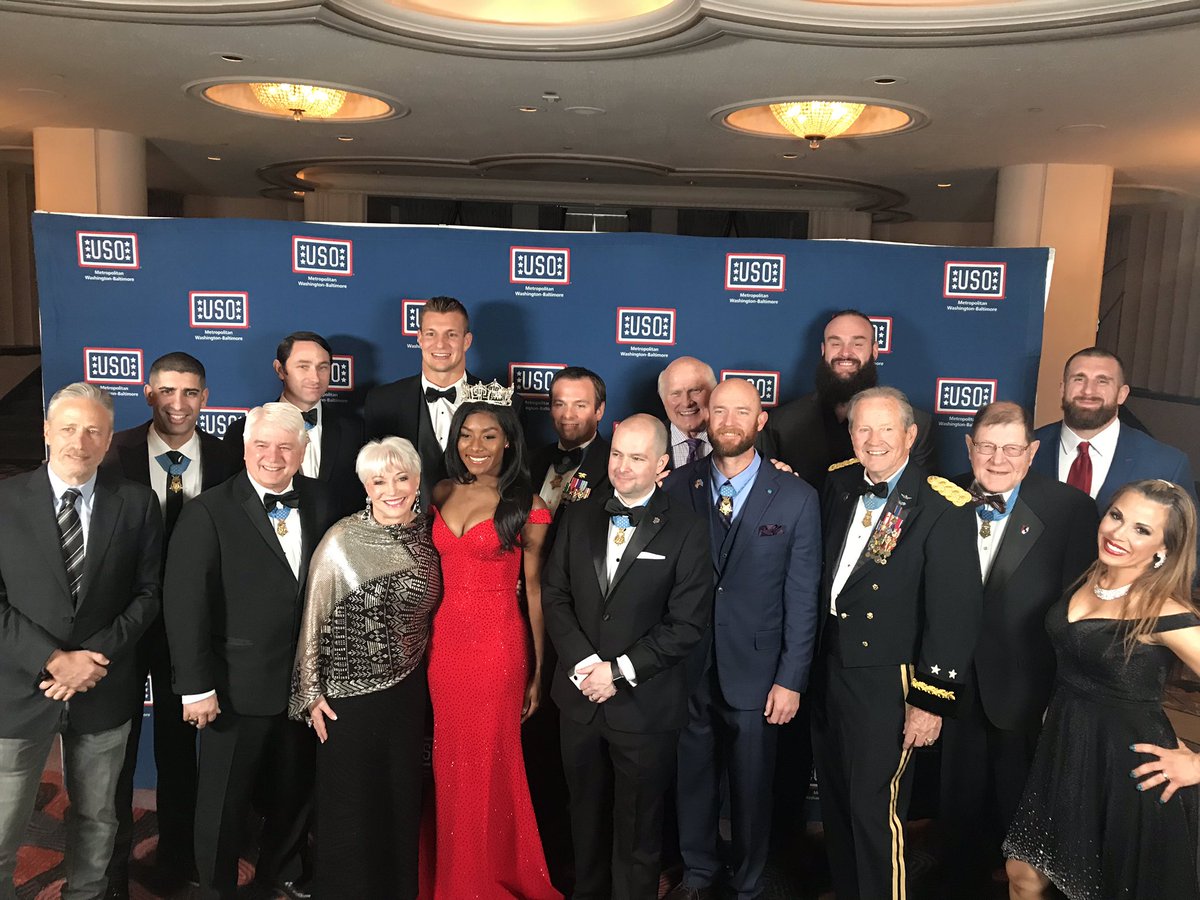