Sandman Tells Tales Out of School 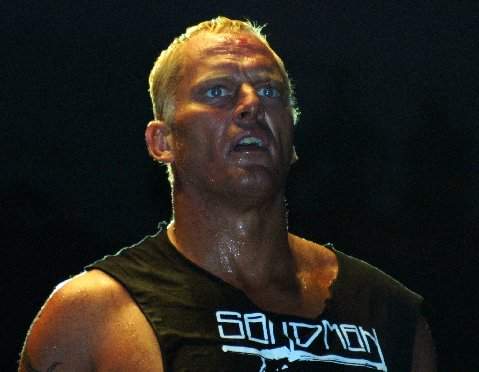 SANDMAN TELLS TALES OUT OF SCHOOL

The dvd series YouShoot has become a place for the more provocative figures in pro wrestling to spout off freely, in response to questions from the public via webcam and email. And though maybe none of the two prior guests have gone too far…maybe the third guest has. Today marks the release of YouShoot: Sandman from KayfabeCommentaries, and maybe also marks the end of a few of Hak’s friendships.

The series is designed to allow the wrestling public to have their way with an outspoken wrestling star. The agreement between talent and producers is that the star agree to answer ANYTHING. Sandman upholds the deal. And in the process reveals secrets and, in some cases, potentially hurtful revelations. There are a few moments when Sandman cringes and curses as a sensitive question about a co-worker is read–the implication being he will now have to confirm the story, in detail.

KayfabeCommentaries co-owner Sean Oliver says that he wrestled with editorial responsibility with this release. “The run-time on the raw footage was far too long, so we knew there would be some editing. The question became, ‘do we cut for content, or do we cut questionable, offensive material?’ And ultimately, we cut for content and did not steer away from anything that might be too harsh.”

Oliver says the guests agree to answer anything, and every answer is only as valid as the guest’s recollection. “The reality of the series and any interview really, whether it’s on a KayfabeCommentaries release or on CNBC, is that it is impossible to confirm or verify the recall of another individual’s experience.”

Hak addresses the old ECW roster with very poignant stories that relate to originality of that product, but also airs a fair share of their dirty laundry. Some of the content is quite intense and, at times, degrading. Hak moves on to play a couple of the ‘games’ that YouShoot has become known for. The disc runs 140 minutes, complete with a gradual progression of intoxication as Sandman drinks throughout the disc.