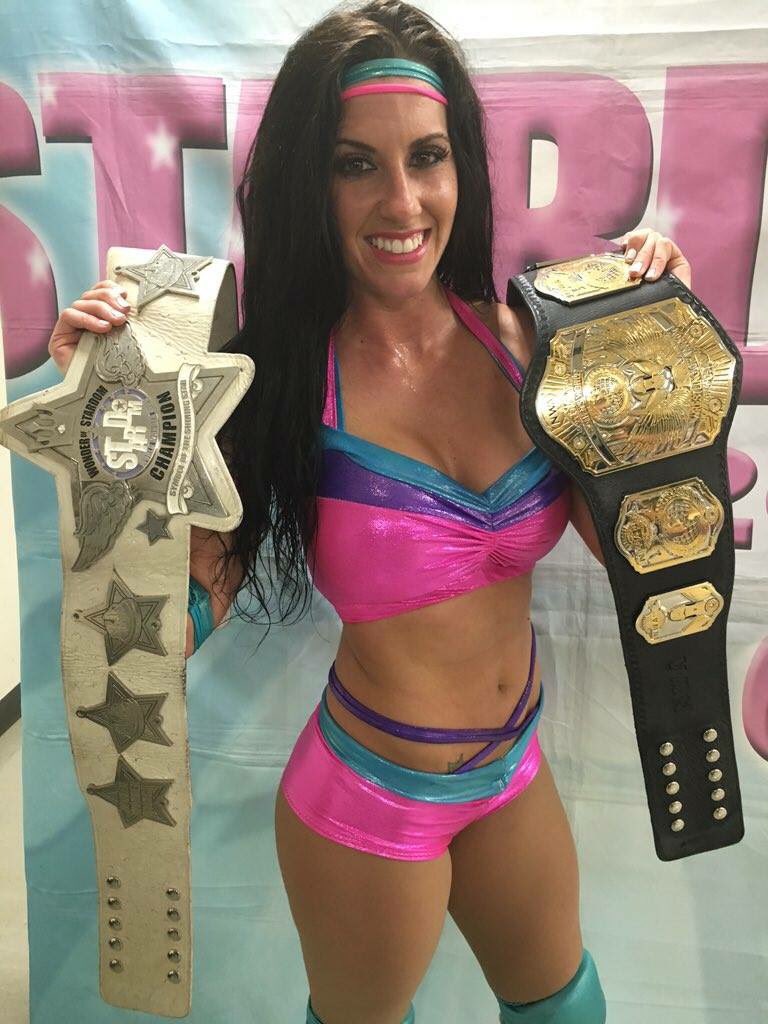 In the main event, Santana successfully defended the NWA World Women’s Championship for the 40th time and won the Wonder of Stardom Championship!

After 9 matches in Tokyo, Hakata, and Osaka, Japan, Santana will be leaving with an 8-1 record (plus 2 wins prior at the STARDOM events in California). Santana and partner Hiroyo Matsumoto defeated the Stardom Tag Team (Goddesses of Stardom) Champions Io Shirai and Mayu Iwatani in a non-title match but her one loss came from the finals of the in the Goddesses Of Stardom Tag League 2015 where they lost to Shirai and Iwatani (whom had a buy to the finals). Santana still comes out on top as she defeats Shirai for her Wonder of Stardom Championship.
Santana returns to the states this Wednesday but will be returning to Japan in January for her second tour.
Follow Santana on Twitter @SantanaGarrett_ and on Instagram @SantanaGarrett
Related Itemssantanasantana garrett
← Previous Story Border City Wrestling “East Meets West” DVD available now
Next Story → Upcoming Indy Wrestling Events December 1-13, 2015