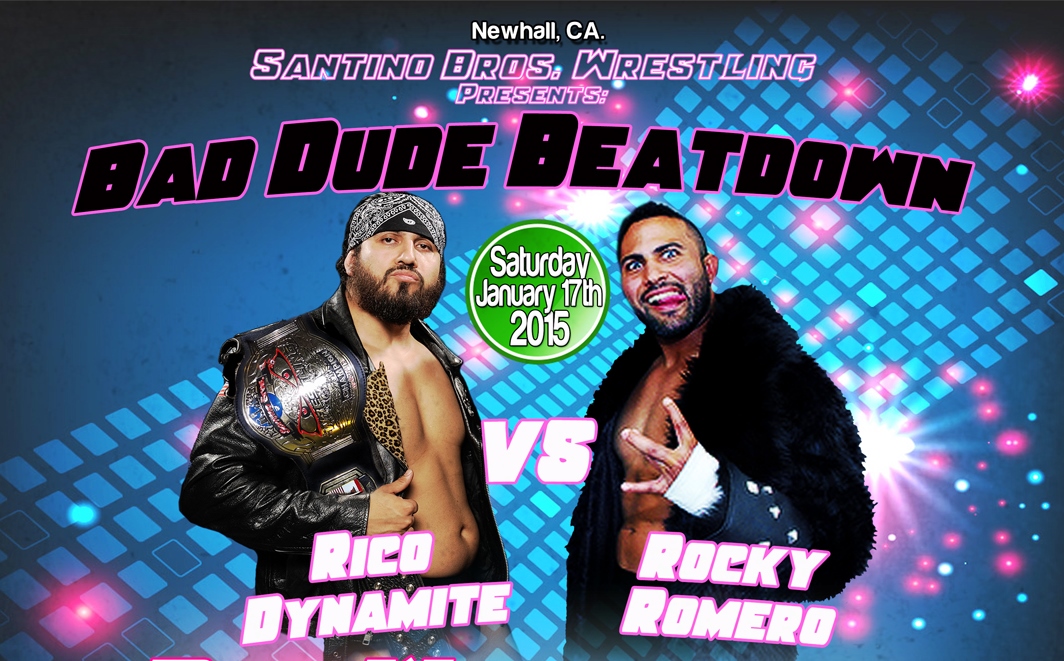 We are proud to announce the return of LIVE PRO WRESTLING in Newhall, CA. as Santino Bros. Wrestling presents: Bad Dude Beatdown Saturday January 17, 2015 at the American Legion Hall Post 507. Prepare yourself for an action packed night of off the top rope, brutal brawling, arm breaking mayhem! We’re handing out beatdowns so don’t miss it!

Robby Phoenix tries to get back to the title picture but will have defeat the Emo Bohemoth Pinky to do it.
#1 Contender Match (SBW Championship)
Robby Phoenix vs Pinky Santino

The Rematch. Darwin went the distance with Chaz in their last bout, Chaz says he wont do it again!
REMATCH!
Chaz Herrera vs Darwin Finch

Plus Hoss Hogg and more!

You’re not gonna want to miss this one! Reserve your ticket online today and receive $2 off!
Go to http://santinobros.net/wp/product/newhall-ca-showcase-jan-17th-2015/