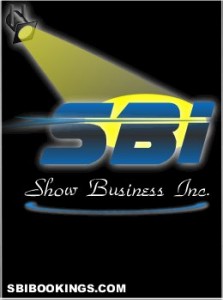 SHANNON MOORE (WWE/TNA/WCW) is now accepting wrestling and appearance bookings through Bill Behrens and www.sbibookings.com   He is a former WCW Hardcore Champion, NWA Wildside Tag Team Champion, and HWA Cruiserweight & Tag Team Champion.  He is based in Raleigh, NC.

RENE DUPREE (WWE/All Japan) is now available for wrestling and appearance bookings through Bill Behrens and www.sbibookings.com.  He was 1/2 of the former WWE World Tag Team Champions La Resistance Tag team.  He recently returned to Canada after several years in Japan with All Japan Wrestling.  He won the Mr. Canada Bodybuilding contest in 2001.  He is based in New Brunswick, Canada.

MIKE POSEY returns to ROH on 9-8 in Charlotte, NC at the Metrolina Center.

SLIM J VS PATRICK BENTLEY, representing NWA Anarchy, has been added to the TNA House Show in Gainesville, GA at the Georgia Mountains Center on 9-8-12 as the opening match.   This a return match in the Mountains Center for both who last wrestled each other there in 2007 for NWA Anarchy.