AS I SEE IT – It’s Time for the Wrestlemania Build 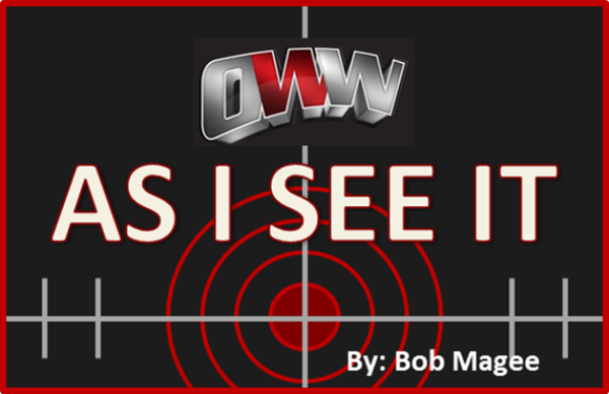 AS I SEE IT – It’s Time for the Wrestlemania Build
Bob Magee
Pro Wrestling: Between the Sheets
http://pwbts.com

Tonight, WWE begins the Road to Wrestlemania for real, as WWE returns to Green Bay, WI tonight for the RAW that will set the scene for Wrestlemania 30, a show that will likely be one of the most anticipated shows of the year.

WWE will start to set the road to WrestleMania 30. Featured will be the return of Hulk Hogan for the first time since 2007; the fall-out from screwjob 2,546 on Daniel Bryan after Kane interfered to help Randy Orton retain the WWE World Title in the Elimination Chamber.

Other legends reported to be appearing include Jimmy Hart, The Undertaker, and Ric Flair.

Brock Lesnar is also advertised for Raw to set up his match (with Undertaker?).

I’m not sure what take-away moment last night is supposed to make people want to buy the WWE Network. No Daniel Bryan upset of Randy Orton. Hell, not even interference by HHH and a revelation he was behind all the screwjobs on Bryan to keep him from winning the WWE World Heavyweight Title to set up a high-profile match between Bryan and HHH…that would have made the last six months of screwjob after screwjob against Danielson finally payoff.

Instead, it sounds like we’ll get Daniel Bryan versus….Kane.

Far and away, the best match of the night was the insane high-speed craziness that was the match between The Shield and The Wyatt Family. The crowd reaction.. before the match even started… shows what happens when WWE actually builds a match. The match itself then backed it up and then some. It’s a shame that it’s setting up the breakup of The Shield, and not at least one more rematch at Wrestlemania 30.

So we’ll see what tonight brings…

Steve Gerweck of Gerweck.net asked me (and presumably others)  to provide him examples of top independent (not signed to WWE or TNA) talent .These examples are not necessarily in order, and are examples of Northeast talent. From time to time in the future, I’ll include such examples of independent talent for readers.

SSCW Tag Team Championship (with Havok as The Solution)

UXW Tag Team Champion (with Havok as The Solution)

Facts: currently works for Extreme Rising promotion, skilled and complete wrestler, very smooth in ring, can work with seemingly anyone.

He gets the award for being able to work at the same time (minus CHIKARA’s hiatus) for two promoters who are well known as not liking each other; Mike Quackenbush and DJ Hyde; and doing so without any obvious heat for either side (his working as Soldier Ant for CHIKARA and some of the “Wrestling Is’ promotions isn’t exactly a secret among fans). Not coincidentally, he also has the interesting background of being well known by regular fans for supporting numerous charity/political causes (it’s been suggested the “Campaign for a Better Combat Zone” which has had him incorporate “women being treated better ‘in the Combat Zone’ as part of the gimmick.