In response to recent sexual assault allegations against David Starr, several UK independent wrestling promotions have stripped him of their titles or announced intentions to not work with him again.

We The Independent, an organization co-founded by Starr, sent out a statement announcing that they have relinquished ties to Starr. The organization remains committed to supporting and helping independent artists and have stated that they are bigger than one person and hope to “move forward stronger and better”.

Ireland’s OTT tweeted that their championship will be vacant, RevPro tweeted their Southside title is now vacant, and TNT Extreme Wrestling tweeted they have also stripped Starr, real name Max Barsky, of their title.

TNT published an extended message saying that they do not work with predators and have condemned any type of any predatory behavior. All three promotions will announce the future of their respective titles in the future.

A Twitter user by the name of Tori shared her story earlier this week, saying the 29-year-old sexually assaulted and abused her, prompting another woman to share her experience.

He’s a sack of shit who mentally, emotionally, and sexually abuses his girlfriends.

He kept old screenshots from 2016 to ever use against me if I were to speak up making me look angry and crazy. He has folders for several people.
I don’t Lind posting my own screenshots. Here’s now an open letter to David Starr.

203 people are talking about this

43 people are talking about this

Since the accusation, Starr tweeted several times that he is not a sexual predator. He claimed he was “an emotionally immature d–khead”, denying doing what Tori claims and that he was “an awful partner.” He said if this means the end of wrestling for him, he’s fine with that, but he isn’t going on the offensive. “No matter what I say, I’m the bad guy. No pity party. It is what it is.”

Tori has said that she is only looking to share her story to help other sexual assault and abuse survivors as many have accused that Starr is “gaslighting” claiming that the events in Tori’s story did not happen the way she thought they did.

You can view the tweets from the promotions below:

The Southside Championship has been declared vacant.

The future of the championship will be addressed in due course as we continue to prepare for our return to in ring competition.

108 people are talking about this

With immediate effect we declare the OTT championship as vacated. A decision on the future of the title will be made as we return to active competition 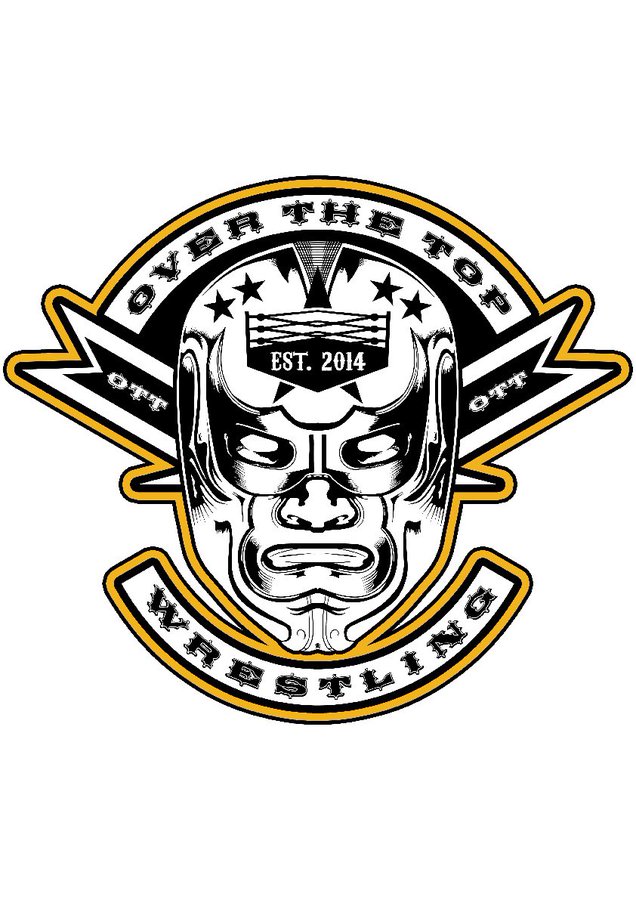 474 people are talking about this 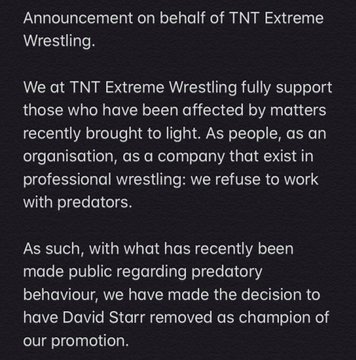 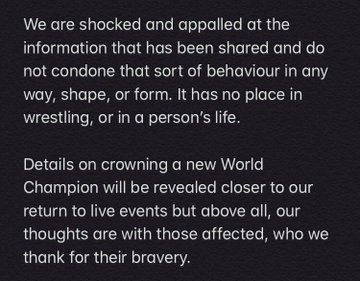 197 people are talking about this 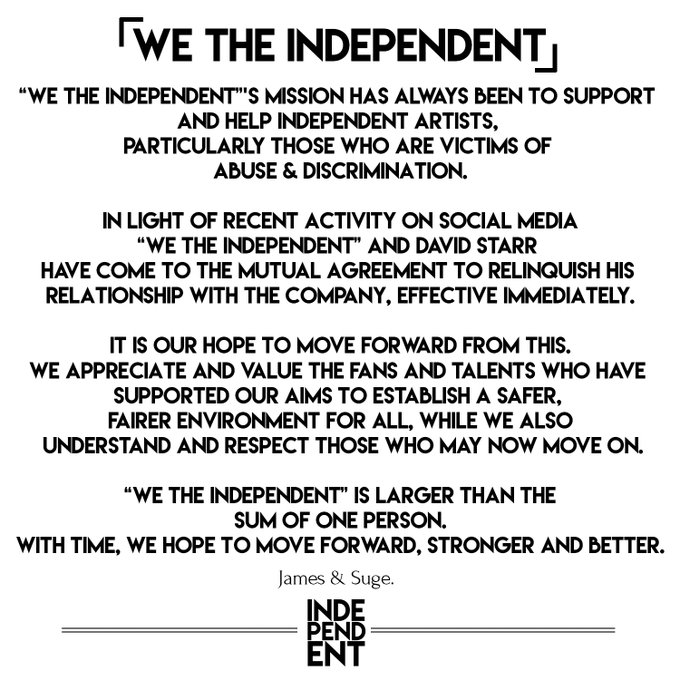