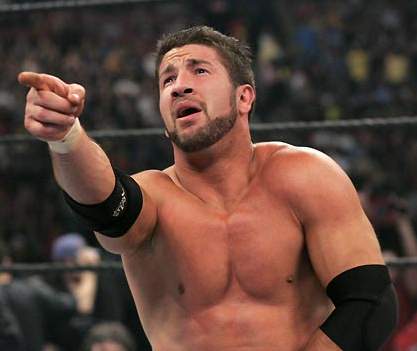 Shane Helms Discusses His Reasons For Choosing To Sign With Lucha Libre USA (And Not Pursue TNA Or Ring of Honor), Not Going Somewhere “Because I’m Someone’s Friend,” Why He Chose To Echo His Recent Sentiments/Feelings On Shawn Michaels, The Reaction He Has Received From His Fans/Those Within The Wrestling Community, Why “There Will Be More Stories Like That Coming Out,” Where The Hurricane/Paul Burchill Feud Was Headed On ECW On Syfy Prior To His WWE Release, The Future Of The Cruiserweight Style of Wrestling, Being One Of The Originators Of Social Networking In The Wrestling Industry, What Led Him To Launch “Highway 2 Helms,” & If He Could Ever Foresee A Return To World Wrestling Entertainment

Former WWE/WCW Cruiserweight Champion, former two-time World Tag Team Champion, & one of the newest stars of Lucha Libre USA, Shane Helms, was one of the featured guests on this week’s live edition (01/24/11) of the award-winning Monday Night Mayhem. You can feel The Mayhem every Monday evening (at 7PM ET/6PM CT), exclusively on The Monday Night Mayhem Radio Network (www.MondayNightMayhem.com).

Shane joined The Big Mosh & “The Chairman of the Board” Todd Vincent for his exclusive interview with The Monday Night Mayhem Radio Network, which is now available in Windows Streaming Media or via the official MNM Podcast on iTunes:

His reasons for choosing to sign with Lucha Libre USA and not pursuing TNA or Ring of Honor more actively: “I just think it’s something different. I never did the Lucha Libre style, and I think I have more to offer those guys. I think it’s a challenge for me now. Once I left the WWE, if you count WCW, you’re talking about a 12-year TV career. The only time I had off is if I was hurt. I wasn’t really sure if I was going to sign another TV contract, because I didn’t know if I wanted to. I started working the indies, and working with a lot of talented people, and it kind of lit the fire under me again. There’s alot of people in TNA who want me there, and I have lot of friends down there, but Lucha Libre USA came at me with a great offer, so I think I made the right choice.”

Why, despite fan reaction, it was not a surprise for him to not join TNA, the importance of standing out on his own, & not going somewhere “because I’m someone’s friend”: “I had calls from certain people, but I hadn’t really decided. Even when the Lucha Libre offer came up, I wasn’t sure if I wanted to do anything. I think TNA will always be an option, and it would great to work Matt, Jeff, & Shannon again, but I see those guys all the time anyway. I don’t want to go there just because I’m someone’s friend. That’s never been my deal, and I’ve always done my own thing anyway. I know it was a surprise to some people, but I think for people who really know me, it wasn’t that big of a surprise.”

Why he chose to echo his recent sentiments & feelings on Shawn Michaels, the reaction he has received from those within the wrestling community/his fans, & why “there will be more stories like that coming out”: Shane’s explanation on the comments he made Shawn Michaels: “He tried to undercut me a couple times, and this was supposedly after his ‘salvation,’ when he’s supposed to be such a good guy. He’s undercut a lot of people, Ken Kennedy being one, that he really went out his way to bury for absolutely no reason. When you’re out there hurting somebody’s career & hurting somebody’s family, and then you go out on the stage and pray, that just rubs me wrong. I’m not getting anything out of telling the truth. I might have lost some fans just because I told the truth, but I think in the end there will be more people that will eventually, when they into a level of comfort that I’m at now, there will be more stories like that coming out.”

More is contained in Shane’s exclusive interview with The Monday Night Mayhem Radio Network, including his candid thoughts & comments on if could ever foresee a return to World Wrestling Entertainment, where The Hurricane/Paul Burchill feud was headed on ECW on Syfy prior to his release, what he feels he brings to the table in his new home of Lucha Libre USA, the future of the cruiserweight style of wrestling, being one of the originators of social networking amongst those in the wrestling community, what led him to launch “Highway 2 Helms,” plus so much more! Mayhem Nation: Check out what’s next for the two-time World Tag Team Champion by visiting his official website (located at www.ShaneHelms.com) and by following The Hurricane on Twitter (at www.Twitter.com/ShaneHelms). In addition, be sure to tune in each & every Wednesday night (at 7PM ET/6PM CT) for all-new episodes of “Highway 2 Helms” on www.GeekWeek.com