Sheamus out for 4-6 months with a shoulder injury 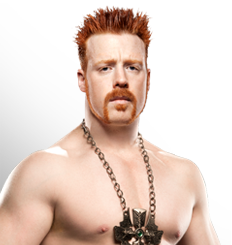 MRI results indicate that Sheamus has suffered a torn labrum in his left shoulder and will require surgery, scheduled for next week. As a result, The Celtic Warrior is expected to be sidelined for four to six months, WWE.com has learned.

The injury occurred during the Money in the Bank All-Stars Ladder Match and was further aggravated over the following weeks. During that intense match, Sheamus was thrown off the top rope and sent crashing through a ladder at ringside, landing hard on his left leg and left shoulder.

“My mindset heading into Money in the Bank was to risk everything to get that WWE Title contract,” Sheamus told WWE.com. “That night I went out there putting it all on the line.”

While it seemed as though his leg had taken the brunt of the impact, swelling to twice the size of his uninjured right leg, The Celtic Warrior soon found out that his battle scars from that night ran deep.

During WWE’s tour of South Africa, Sheamus’ leg started to heal, but he discovered his range of motion limited in his shoulder and he experienced sharp pains radiating down his arm, he said. During a pre-Raw workout, Sheamus felt another sharp pain in his shoulder and notified WWE medical staff.

“We performed a specialized MRI with a dye inserted to highlight the structures within the shoulder joint,” said WWE ringside physician Dr. Chris Amann. “Doctor Samson and I both reviewed the film, and it appears that Sheamus has a cartilage [SLAP] tear.”

As a result, Sheamus will undergo arthroscopic surgery next week to fix the tear, which doctors hope will offer him the best chance of recovery and the best outlook for a normally functioning shoulder.

“I’ve never in my whole life had to have surgery,” Sheamus said. “I’ve always worked through pain. For the first time in four years, I’m going to be out of action.”

He continued, “To say I’m devastated would be a serious understatement, but I’m determined to take this time to go home to Ireland to see my family, to see my friends, learn a different language, read a lot of books, and come back bigger, stronger and better than ever.”

Intent to stay positive through his injuries, Sheamus emphatically said, “I’m determined to be a champion again, and when I come back I am going to rock this place like it’s never been rocked before!”