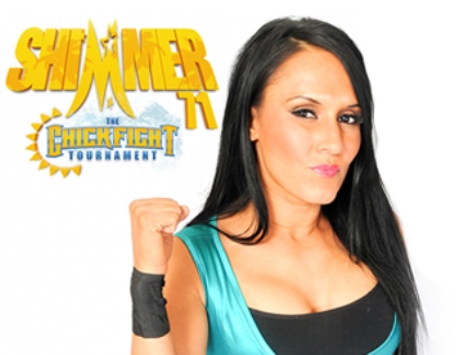 We have arrived at the final day of the WWNLive Experience in San Jose, but it’s the biggest one yet! It starts with SHIMMER 71 at noon PST, then WWN Supershow: Mercury Rising 2015 at 4pm PST and concludes with King Of Indies Night 2 at 8pm PST. There’s been several huge matches and other happenings added since the last WWN Alerts. We have all the info. Let’s get to it….

First, the basic info. All events are at:

This is just a few miles from all the Wrestlemania activity!

You can watch all three events on live iPPV at www.WWNLive.com in HD. Watch on the WWN Roku Channel.

It’s EVOLVE Champion Drew Galloway vs. DGUSA Open The Freedom Gate Champion Johnny Gargano today at the WWN Supershow and the match has just gotten bigger. It will be Title vs. Title. A new stipulation has been added: There must be a winner! The face of WWN will change today when one man becomes a double champion.

We regret to report that Rich Swann suffered bruised ribs at the hands of The Premier Athlete Brand last night at EVOLVE 39. It is not a serious injury, but EVOLVE officials have decided it is best to rest Swann and take him off today’s show. It will now be Caleb Konley with So Cal Val vs. Ethan Page at today’s WWN Supershow: Mercury Rising 2015.

SHIMMER made several major announcements last night about today’s huge event. In addition, the final night of the King Of Indies has taken shape after last night’s opening round. We have lots of new matches in the updated lineups below. Watch all the action at www.WWNLive.com in HD and on the WWN Roku Channel.

The ChickFight Tournament at SHIMMER 71 will be a one day, twelve woman, single elimination tournament! The winner will receive a SHIMMER Championship match in the future. The tournament will be held under the same format as the Volcano Girls event of ten years ago, with three brackets. There will be six first round matches, three second round matches, and a three-way elimination final match to determine the tournament winner.

Champion vs. Champion – There Must Be A Winner

Caleb Konley with So Cal Val vs. Ethan Page

Luster The Legend vs Adam Thornstowe

Plus The Semi-Finals And Finals!!!

We can’t thank you enough for all your support this weekend. Drew Galloway was right when he dubbed it “wrestle week” because this tradition has grown and gotten bigger every year. We are proud and thrilled to be a part of it. Today we end our portion with the most important and packed day of the WWNLive Experience ever. The momentum continues to build due to your support. Thank you for making this happen!