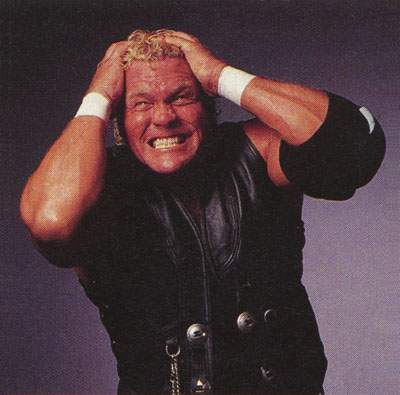 Without your Head/In Your Head

Jack was joined by Sid Vicious for his 5th Interview with in your head wrestling radio. Jack asked how he was approached for being in the movie? Sid said Bruce Koehler phoned him a year before production started and asked if he was interested. He praised them for being quite a big Indy production Company. He said it was a really great casting team which persuaded him more and gave the movie star power: such as Kurt Angle, Kevin Nash and Bill Heinzman. Jack asked the makeup process? Sid goes it was quite a pain and stayed on him for a few days but it was worth it. Jack asked if his facial movements came natural to him? He agreed with the point made and said it came naturally to him but doesn’t even remember doing it while filming the scenes. Did he see any similarities between horror movie monsters and wrestling monster?

Sid said he sees allot of resemblance and because he enjoys doing these types of movies. Did he enjoy working with Kevin Nash? Sid said it was easy to work with, they both know each other very well. They both started the wrestling business together and it was great seeing him after a while. He wasn’t surprised to see the crowd chant for him so loudly when he marked his return as Diesel in the Royal Rumble?

Did he knew Kurt Angle before the movie? Sid said he has never met beforehand, but met him on the 2nd movie. He said he was a great guy but also remembers him in the Memphis days and knew he was going to make. Bryan asked what his role is in his next movie Death From Above. He says he has rough tough biker character, he praised the equipment as they brought in things such as a monster truck and drag cars. Jack asked if he wanted to get in the ring with him? He said he would love to get in the ring, Kurt Angle said he brings people up a notch when wrestling on TV and behind. No one better does it.

His thoughts on Shawn Michaels’ in the Hof? He said he was happy for him and the WWE have never contacted him in being in it ever. He said there is no bad blood between himself and WWE. He doubts he will be called up due to both going into different directions, he said he would however have any role available if given to him.

Jack asked his change in character? Sid said his son was only fifteen at the time, he is bigger than him and more muscle. Jack asked if any ribs were played during movie production? He said nothing has happened as much as in wrestling, he has in his wrestling documentary because it was wrestling along with Scott Hall. His movie documentary will be showing across all movie festivals throughout the country and eventually wants to sell it on DVD.

Things to Check out

— Bob Collings http://wrestlingrecaps.wordpress.com/ (Over 840 shows have been recapped including WWE, WCW, ECW, TNA, ROH and other independent companies!)