Home / Behind the Scenes / Sinn Bodhi to be honored

Sinn Bodhi to be honored 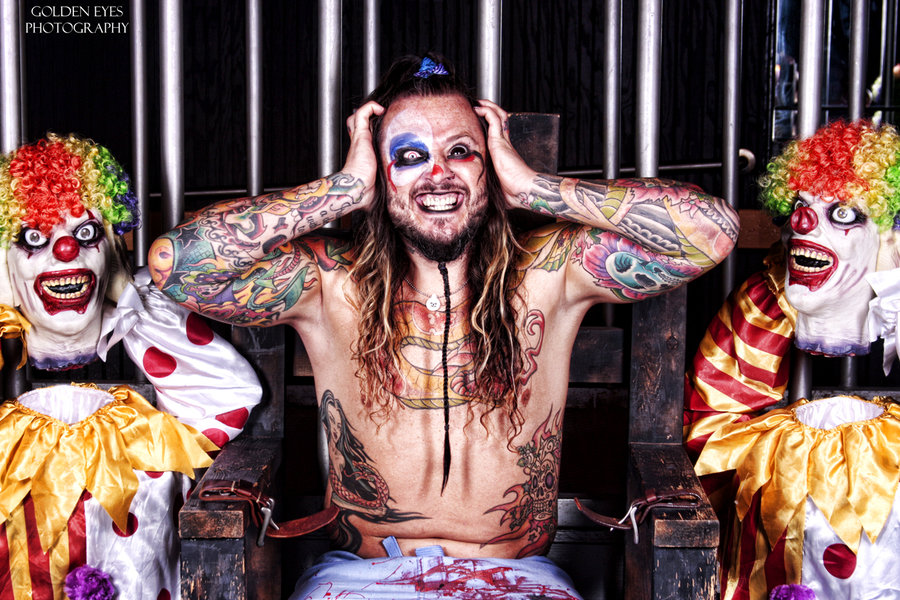 The Cauliflower Alley Club is pleased to announce that Sinn Bodhi will be honored at the upcoming 50th CAC Reunion with a men’s wrestling award!

Born Nicholas “Nick” Cvjetkovich, Sinn Bodhi is a Canadian professional wrestler who was trained by Rob Fuego and CAC board member Ron Hutchison. He made his debut in 2000 and since then has been all over the world working for promotions such as All Star Wrestling, World Xtreme Wrestling, Chikara, Total Nonstop Action Wrestling, Freakshow Wrestling, and World Wrestling Entertainment, among others. Sinn is perhaps best known for his stint in WWE where he worked as Kizarny.

Known for his outlandish “circus-like” outfits and bizarre in-ring antics, Sinn Bodhi is a without a doubt a dynamic performer. When you talk to him, his passion for the art of professional wrestling is obvious. Sinn is also a big supporter of the Cauliflower Alley Club, appearing on the Casino Royale wrestling show several times and attending the reunion when possible.

On behalf of the CAC Board of Directors, a sincere congratulations to Sinn Bodhi, a 2015 CAC men’s wrestling award honoree!

Here are some of Sinn Bodhi’s classic moments in professional wrestling: