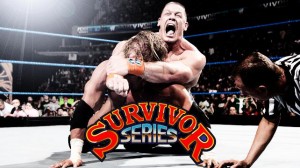 Since its arrival in 1987, Survivor Series has been one of WWE’s most momentous events, and in the 25 years that have passed, its historical importance has only grown. What began as a perhaps quirky, survival-themed pay-per-view that aired Thanksgiving night has evolved into WWE’s second longest-running event.

The fall classic has played home to major title matches and a wide assortment of dramatic twists and turns, not to mention a turkey of an idea or two. (Gobbledy Gooker, we’re looking in your direction.) Rediscover some of the lesser-known incidents, matches and moments that helped make Survivor Series among the most beloved and widely anticipated shows of the year.