By OWW Contributor on September 19, 2015@owwcom 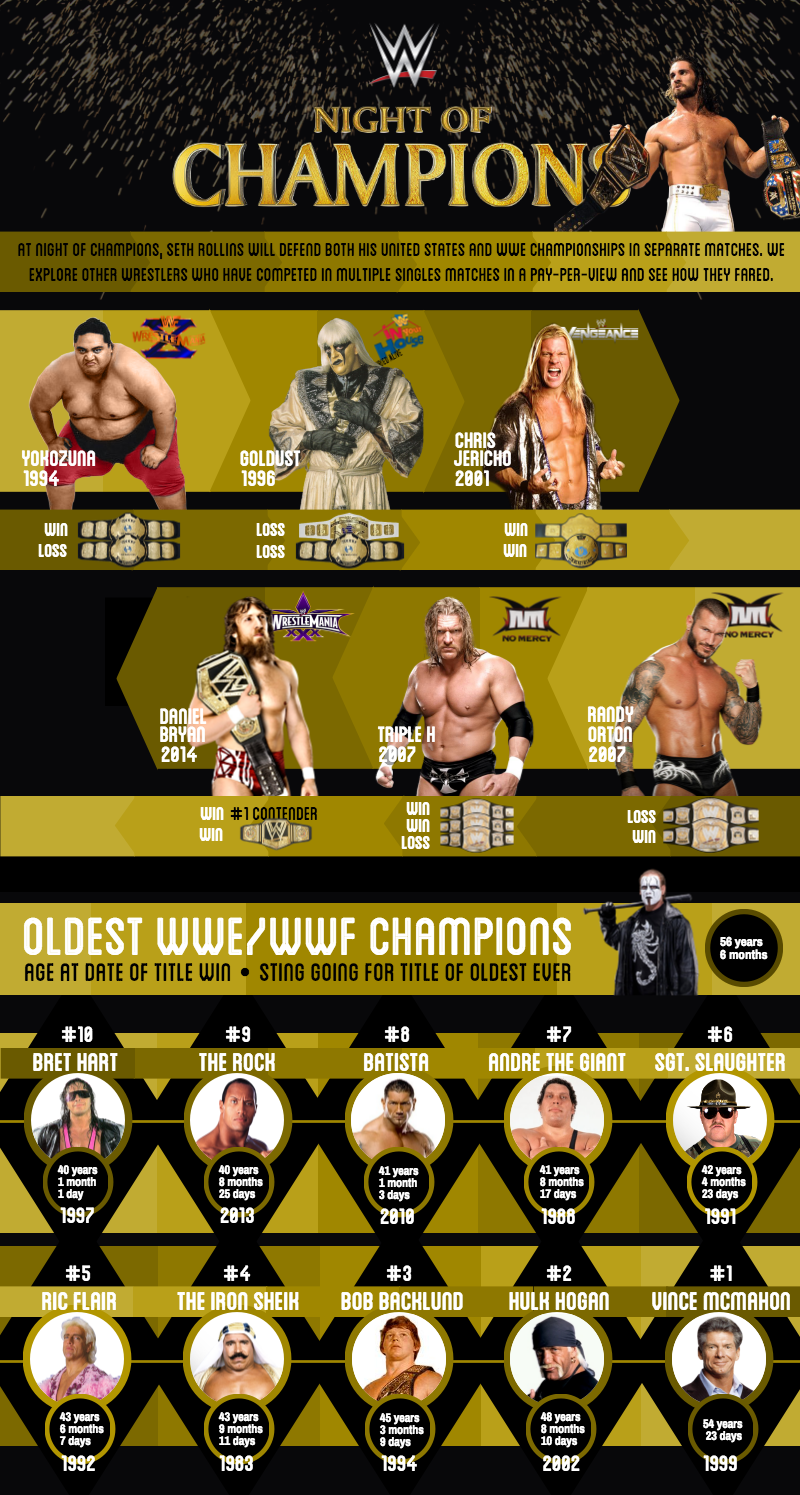 Courtesy of Jake Sharpless:
Just wanted to send over an infographic I put together for Night of Champions.  When looking at the card, two things stood out to me that I decided to dive into. First was the obvious fact that Seth Rollins was booked in two separate matches and that got me wondering how many times that has happened at a WWE pay-per-view. I went through each of the 312 PPVs since 1988 to discover that only six superstars have wrestled twice as individuals in one night. Many have seen double duty in Royal Rumbles, Survivor Series, King of the Rings, and other tournaments, but few have fought in multiple singles matches (in Bryan’s case one was a Triple Threat but he was wrestling as an individual and not part of any team).
The second thing that stood out was that if Sting wins his matchup with Rollins, he would become the oldest WWE Champion in the history of the company. I analyzed the ages of each wrestler who has held the the belt and came up with the 10 oldest champions in history (at the time when they won the belt). Check out a larger version here and let me know what you think: http://rukkus.com/wp-content/uploads/2015/09/Night-Of-Champions.png
Related ItemsFeaturednight of championswwe
← Previous Story Top 20 Worst Signings in WWE History
Next Story → WWE Live Event review and notes