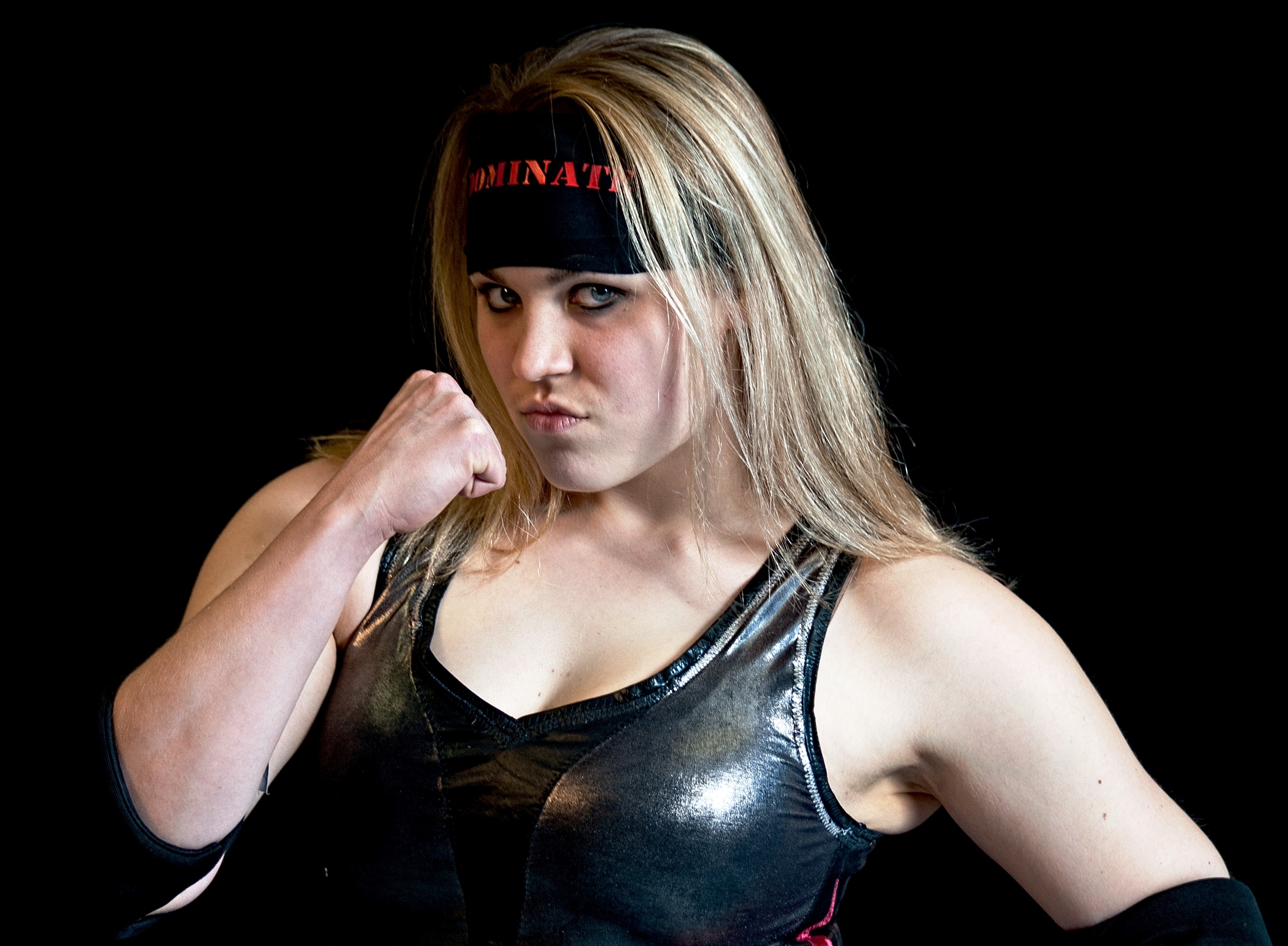 ECWA is widely known for its Super 8 Tournament where the top independent stars have showcased their talents yearly since 1997! Most of our participants have gone on to great heights in the WWE, TNA, and around the globe! So one wonders why it took so long for the women of independent wrestling to find a similar showcase. So ECWA and Chick Fight management partnered together to think of a revolutionary new idea… an all-women’s Super 8 Tournament! Finally, the most beautiful, talented, and deadly women on the independent scene will have an arena to show off their wrestling talents! And what makes this tournament even more special is the fact not only do they get the prestige of winning the first ever ECWA Women’s Super 8 but they also win the now vacant ECWA Woman’s Championship! How’s that for making history?

It’s sure to be a night to create an important part of professional wrestling for years to come! In this article series we want to showcase the women of the Super 8 so you can learn about what made them choices to be participants by the management teams of ECWA and Chick Fight. Today we’ll take a look at the remaining 4 in the field of 8 and their careers up to this point. Trust me when I say this… wrestling will never know what hit it once this tournament comes at you on Saturday October 11, 2014!

Jessie Kaye – Perhaps the perennial fan favorite to win the whole tournament and the ECWA Woman’s Championship. Overcoming personal image problems as a teenager, she began training at the Gillberg Wrestling Academy in July 2010 under former WWE star Gillberg, Ramblin’ Rich, and Earl the Pearl. With unmatched power for a woman, she loves to quickly overpower her opponent. Traveling around the country wrestling for companies like ECWA, MCW, WSU, and VOW she’s garnered a huge fan following with her feisty in ring prowess and girl next door looks. Feeling she was screwed out of the ECWA Woman’s Title already she will be all business and looking to get back what is rightfully hers.

Renee Michelle – Already a successful model, she was found at a TNA event by former WWE star Duane Gill aka Gillberg and was basically begged to start training at his wrestling academy in 2012. Not having grown up watching wrestling, she didn’t know how it would it go. And now she has the deepest passion for it! Mostly appearing for companies like ECWA and MCW, she’s still a rookie in terms of development but has lately shown a rare high flying ability that most women on the Indies lack. She also has been known to be a manager as well causing havoc on the outside. Once might think she couldn’t possibly beat the more experienced women in this tournament but being a former ECWA Women’s Champion she has shown her pretty smile masks a hellcat mentaility and vicious demeanor. Renee Michelle could certainly shock everyone come October 11.

Tina San Antonio – Trained by WWE Hall of Famer Johnny Rodz, she began her career in 2009. She quickly gained footing in companies like JAPW, Indy Gurlz, NWS, and even WSU where she won the WSU tag team championships with teammate Marti Belle, together known as the Belle Saints. Describing herself as a complete, “all rounder” wrestler she’s become known for her sassy in ring attitude and never give up mentality. She even had a WWE try-out in 2011 to boot! Tina herself has fought in ECWA before so she’s well versed on the women who have appeared for the company before. Her training gives her a leg up on the competition as her trainer Johnny Rodz also trained former Super 8 winner Damian Dragon. Will her pedigree help her dominate the field? Only time will tell.

Terra Calaway – Calaway began her career training under Tony Leo and Legacy in Vegas Championship Wrestling in Las Vegas, Nevada in 2009. Quickly showing immense wrestling talent, she quickly gained the moniker ‘Sin City Siren’ for her high energy approach in the ring. She’s wrestled for some of the top companies in the country like NWA Hollywood, Lucha Pro, Vendetta Pro Wrestling, she seemed on the fast track to a career in WWE or TNA. That was until she suffered a gruesome injury to her knee tearing her ACL, MCL, and severely dislocating her kneecap. Knocking her out for the majority of 2013 and the beginning of 2014 she’s just now regaining her footing in the world of women’s wrestling. If one thing’s for sure, Calaway hasn’t lost a step even after said injury and will easily be the deadliest competitor in the field of 8. Will she resume her ascension to the top of women’s wrestling? October 11 will be her true test.

And there you have it, your full look at the ladies of the all-women’s ECWA Super 8 Tournament! ECWA and Chick Fight are excited to bring you this one of a kind tournament that make pro wrestling history! Here’s all the information for the tournament… stay tuned to ecwaprowrestling.com for updates and all news about the tournament and all things ECWA!

Or e-mail at: [email protected] (Can only guarantee reserves on advance tix sales!)

Scheduled to appear (subject to change)…

Plus an ECWA Heavyweight and Mid-Atlantic Title Match to be announced!

ECWA, Chick Fight and Diva-Dirt.com will be teaming up to present the first ever all-women Super 8 tournament, continuing the 18 year legacy of the tournament that saw the rise of stars Daniel Bryan, Christopher Daniels, A.J. Styles and Austin Aries. It will take place on Saturday, October 11th in Carneys Point, New Jersey. The event will be available for purchase exclusively on ClickWrestle.com, the internet’s top destination for Indy wrestling matches on demand.

ABOUT CHICKFIGHT: Based in San Francisco, CA, Chick fight has showcased the finest talents in Indy women’s wrestling since 2004. It has hosted several all-women tournaments featuring the likes of Cheerleader Melissa, Jazz, MsChif and Amazing Kong.

Please support Bill Apter and 1wrestling.com for all the latest news on Pro Wrestling